Who’s to blame for a city that kills 10,000 dogs a year in the name of a good meal and celebrating the onset of summer?

The most shocking aspect of the Yulin Festival celebration founded in 2009 is the barbaric treatment of the animals, who are forced into small unsanitary cages before they’re beaten will clubs and reportedly skinned alive, according to the Metro.

Peter Li, associate professor of East Asian politics at the University of Houston, comments in the South China Morning post, “the unloaded dogs looked emaciated, dehydrated and terrified,” after visiting Yulin. According to Li, many of the caged dogs are still wearing their collars—indication that they were stolen pets, a claim made by multiple journalists and animal rights activists. Thieving someone’s pet for the sake of a meal is an act of unusual malice, of whom Ricky Gervais aptly names “Disgusting sub-human cunts.” 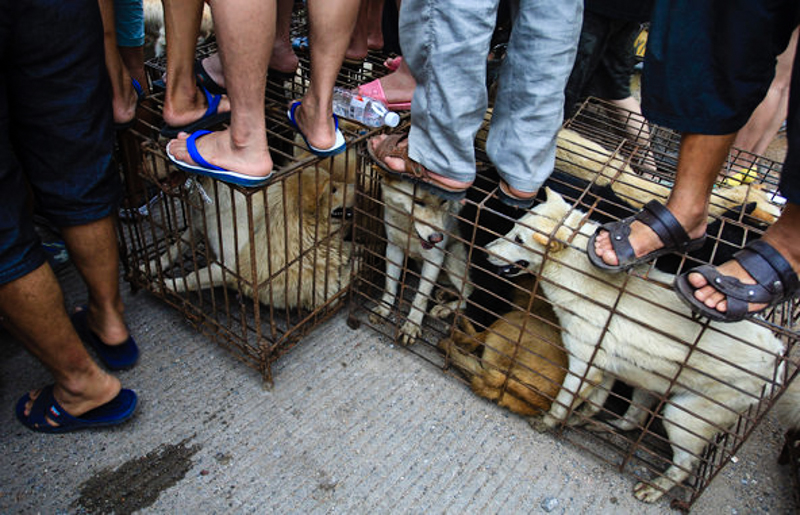 The result of this clear moral violation is a union of flustered citizens, academics and activists who can’t put a pen to a petition fast enough. Yet the story—proliferated by just about every major media outlet—is laced with an unsettling familiarity. And though I commend the social media outreach of celebrities like Paris Hilton, Barbie Forteza, Isabel Oli-Prats, Coleen Garcia and Daniel Kenji Matsunaga, it’s tough to swallow their social media cries without an aftertaste of irony.

Over 56 billion animals are slaughtered for consumption worldwide each year, though “pigs have the cognitive ability to be quite sophisticated. Even more so than dogs and certainly [more so than] three-year-olds,” according to Donald Broom, Professor of Animal Welfare at University of Cambridge Veterinary School. Cows are also capable of complex social relationships, pain, fear and anxiety. Even the chicken, according to Scientific American, “[possesses] communication skills on par with those of some primates and that it uses sophisticated signals to convey its intentions.”

So when Paris Hilton makes an Instagram post claiming, “Animals have no voice. They can’t ask for help. They can’t ask for freedom. They can’t ask for protection. Humanity must be their voice,” one can’t help but think back to last year’s Carl’s JR. ad, where a bikini clad Paris walks in on another bikini-girl having near sexual-relations with a “Texas BBQ Thickburger,” before announcing “you missed a spot,” and taking a very sensual bite of the burger herself.

Isabel Oli-Prats is also open about her love for chicken and steak, parenthesized with a cute heart at the end of the photos’ captions—similar to Coleen Garcia, and her tri-steak “Sunday dinner,” shared with 1.4 million followers. Or Barbie Forteza, who admittedly enjoys a good chicken and Philly cheesesteak pizza, and last but not least, Daniel Kenji Matsunaga, whose anti-Yulin post on Instagram is a mere ten pictures ahead and one week after a previous post featuring his smiling face over a double-fisted portion of grilled pork teriyaki and chicken/ham katsu.

How can they do this seriously???so freakin cruel and terrible!!sana other artists will also see this post and help spread the word….i am sorry to post again…but lets help these things not to happen….Dogs are our best friends and if we cna do something we should do our part…#stopyulin2015. #stopyulinfestival. #dogs #doglover. A photo posted by Daniel Kenji Matsunaga (@dandanmatsunaga) on Jun 15, 2015 at 6:35pm PDT

Not to shit on the good intentions of these people—or for that matter any other meat-eaters who’ve expressed reservations over the event—I too agree that the Yulin Festival is grotesque and in need of some serious boycotting. But perhaps the stir around the event can serve more as a mirror than an ugly portrait of the disgusting acts “they” preform over there, in that country.

Of the treatment of cows and pigs, Wayne Pacelle, President and Chief Executive Officer of the Humane Society of the United States has stated, “These animals are so terribly abused. They’re dragged, pushed with a bulldozer or forklift.” When it comes to chickens and turkeys, “More than nine billion [are] shackled upside down, paralyzed by electrified water and dragged over mechanical throat-cutting blades … all while conscious.” 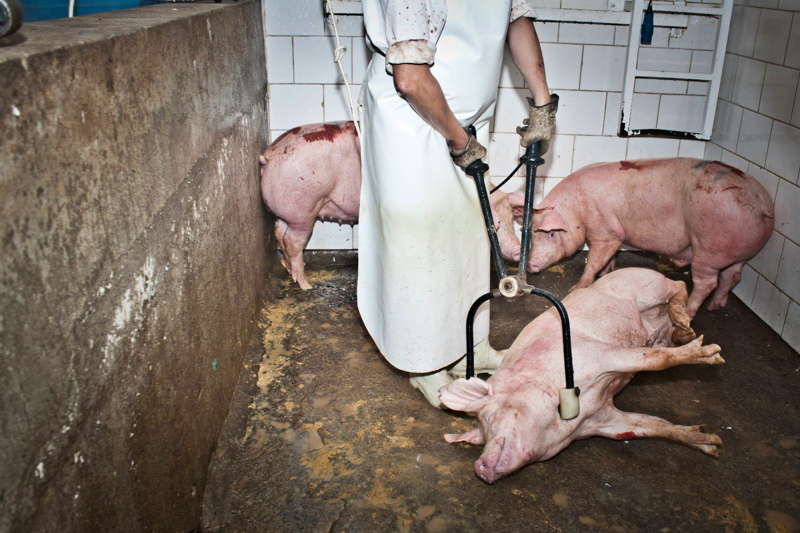 One of the inherent counter arguments to factory farming: is it wrong to eat meat if it’s ethically sourced? How do we know that a portion of our meat isn’t ethically sourced? Which leads me to wonder—would anti-Yulin Festival activists drop their charges should the dogs be “ethically prepared?”

Reading through reports from slaughterhouse workers only widens the logical disconnect between the treatment of farm animals and our beloved house pets—one employee stating, “Pigs down on the kill floor have come up and nuzzled me like a puppy. Two minutes later I had to kill them – beat them to death with a pipe.” 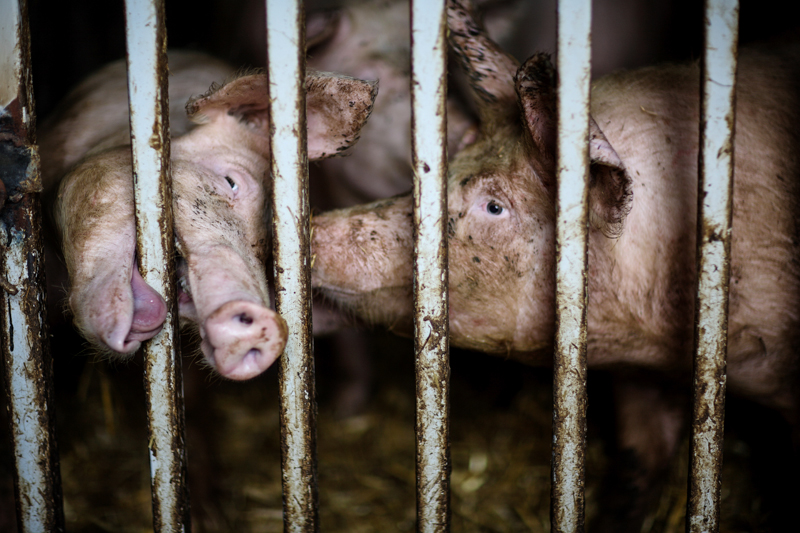 On a brighter note, I might suggest that for every thug with a metal pipe there is a disgruntled activist fighting for the rights of these animals—whether they’re dogs, pigs, cows, chickens or anything else that can be shuffled down a factory line conveyor belt. One of these heroes is named Yang Xiaoyun, who in light of the Yulin Festival, personally dropped $1,100 and travelled 2,400 km to save 100 dogs from slaughter. Along with the rest of the world, I greatly commend Xiaoyun’s selflessness.

Connectedly, I think it’s equally important to note that, according to Counting Animals, a vegetarian saves “between 371 and 582 animals per year” from Western slaughterhouse practices. Who’s to blame?