With road transportation being the greatest contributor of global warming in the atmosphere according to NASA, accounting for more than half of the carbon monoxide and nitrogen oxide levels emitted into the air, the amount of pollution produced by vehicles is a major issue in reducing greenhouse gasses. Even newer technologies haven’t significantly reduced the amount of pollution in transportation.

While cleaner fuels, fuel efficient vehicles, and electric cars are growing steadily, they aren’t enough to stop the majority of vehicles fuelled by gas and diesel already emitting harmful gasses into the air. To target the pollution created by existing vehicles, according to Cloud Collective, the solution could be as simple as adding some greenery to the roadways.

On a highway overpass in Geneva, Switzerland, the French and Dutch design firm Cloud Collective built an urban algae farm hanging from a bridge to absorb the CO2 produced by vehicles below. 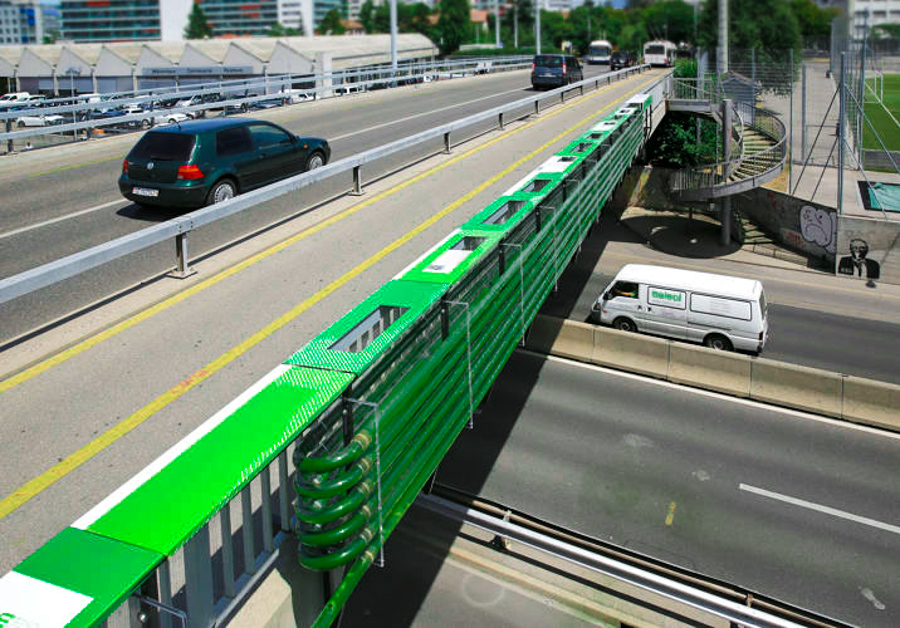 Algae is essential to life on Earth, as it produces organic matter at the base of the food chain. It is often ten times more efficient in producing oxygen than that of trees and grass, and can cut CO2 emissions by up to 68 per cent when converted into biofuel. With the capability of algae to thrive in virtually any place with a fluid environment and sunlight, the organism is utilized in dense urban environments in less space than what plants would need.

Algae is often ten times more efficient in producing oxygen than that of trees and grass, and can cut CO2 emissions by up to 68 per cent when converted into biofuel. 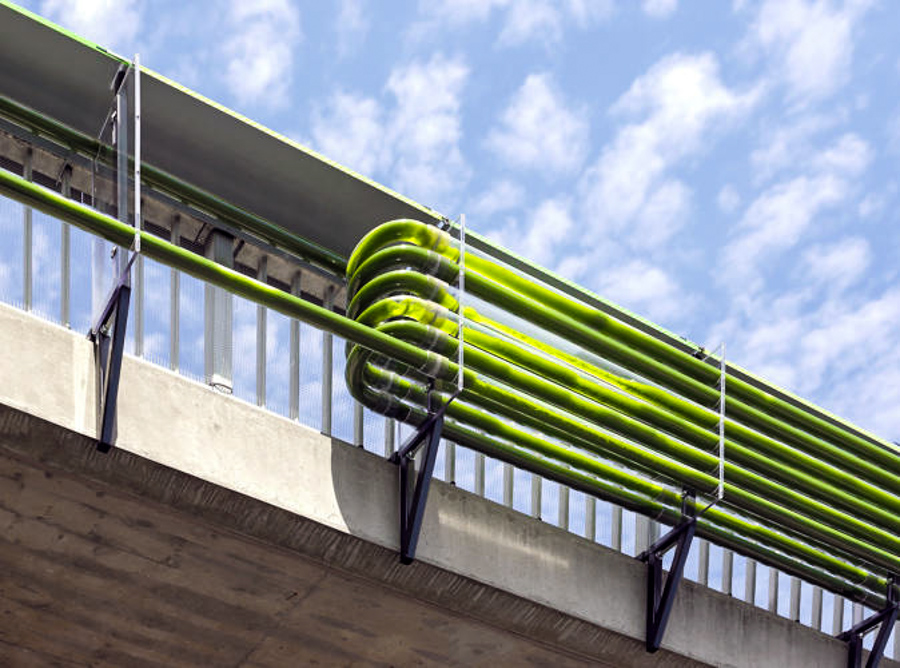 The algae farm consists of transparent tubes that are filled with algae and are circulated throughout. Once the algae absorbs the CO2 produced by cars, trucks, and busses, it becomes biomass which is filtered out of the system and used to create harmless and beneficial by-products. Some uses for the biomass include biodiesel, green electricity, medication, cosmetic products, and even food, according to the Cloud Collective website.

The farm consists of transparent tubes that are filled with algae and are circulated throughout. Once the algae absorbs CO2 produced by cars driving below it is filtered out of the system and used to create a range of byproducts.

The farm also houses a steel structure and the pumps that circulate the algae are powered by solar panels. 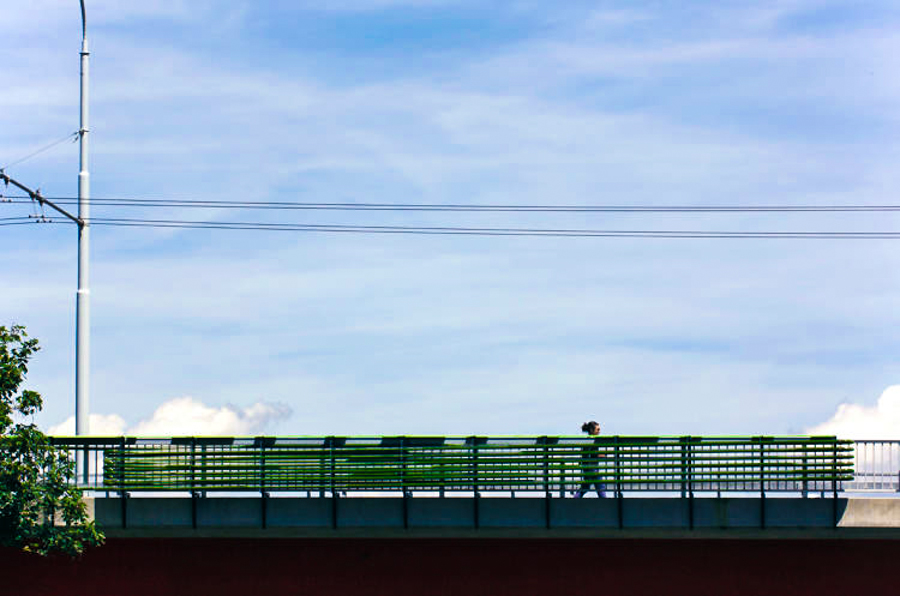 “We focus on the character of the site and try to prove that even these locations of highways and car dealers—despite their anonymous and generic character—can play an important role in the production of food and biomass.” the Cloud Collective writes on their website.

The bioreactor is a proof of concept and was built to be a part of the garden festival in Geneva, used to show how algae can improve the air quality on highways. Before the technology becomes commercialized, issues such as feasibility and the efficiency of algae need to be further researched to better the efficiency of algae farms. 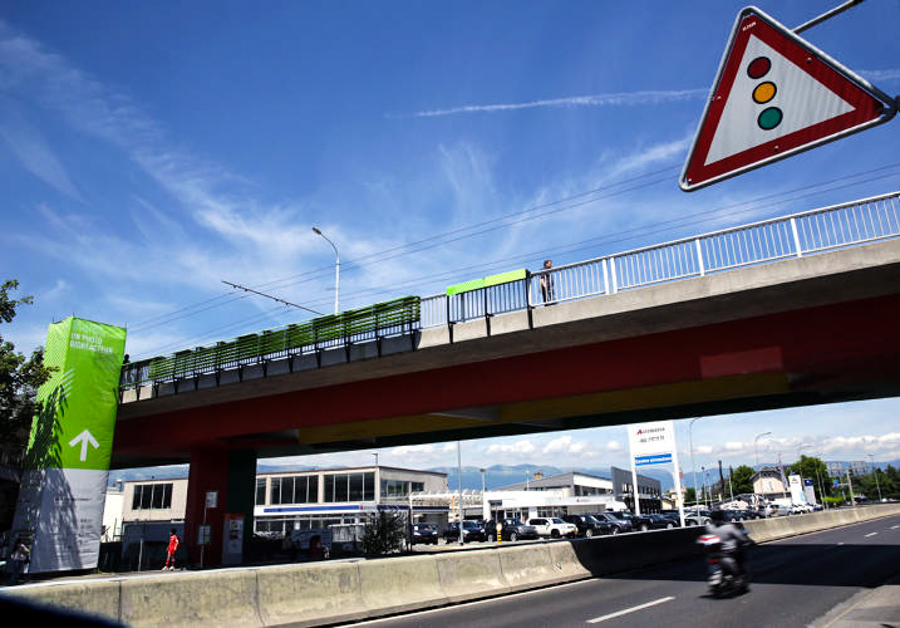 In the future, larger scale urban algae farms have the potential to convert highway pollution into biomass that could reduce the amount of pollution produced by transportation significantly, while making beneficial by-products in the process.