On October 5th, 2015, I said goodbye to a relatively comfortable life in Sydney, Australia, and headed towards South America with a bicycle, a few plans, some untested gear and little else in the way of knowing what I was doing or where I was going.

My mother dropped me at the airport with an oversized, overstuffed box, and all other gear haphazardly thrown into a wheeling suitcase held together by duct tape. I shared what was sure to my last Australian quality coffee with her as she stuffed an envelope into my hand with the sorts of words that only a mother could write. I read it as I passed customs in the airport and my phone vibrated as I received a long message from my older brother saying goodbye and good luck. It was then that the reality of what I was planning to do hit me.

I haven’t reread those messages since I left. I remember too vividly the feeling as I spoke to the security checkpoint and I know that reading them might trigger the sort of homesickness that would detract from the lifestyle I’m currently living.

Just before I left, my friends had gathered to say goodbye and good luck at one final blowout house party. My closest friend gifted me an engraved compass, the sentiment not lost on me – this was about finding direction.

But how did I get to this point to begin with?

I spent the first half of 2008 arguing with various university faculties to get a bid for international exchange across the line. I bluffed the hell out of the application as to my merit and found out only a few weeks short of needing to leave that I had been accepted to the University of Toronto in Canada for 2009.

On the 28th of December, 2008, I bundled into Toronto in heavy snow and with my down jacket lost in transit, in short out of my depth.

I’d come out of Sydney summer to Canadian winter, and people who have endured these winters can probably sympathize the difficulty they create in making friends. The trigger was moving out of a sterile university high-rise into a ramshackle student cooperative. I shared my house with 13 other students, and the key to my house opened up the adjacent 6 houses, each with up to 15 people.

The houses were full of students from the nearby fine arts school. The mix made for a truly creative environment where you could immerse or remove yourself as much as you liked from the experience. Often what was necessary was an all-in approach one week, offset by sleeping for a few days. The houses had home-built recording studios, rope swings out the back and sheds full of bicycles. Live music wafted out of some rooms and skunky marijuana fumes from others.

In the summer I hitchhiked from Newfoundland to Vancouver Island – it was in the Rocky Mountains in Alberta that I discovered bicycle touring.

Through the east coast I had spent the time hiking in the national parks and forgetting the number of wild moose and caribou I’d seen. By the time I reached the mountains I was still yet to see a wild bear. In a small alpine lodge in Yoho, or Revelstoke National Park, I met a cycle touring couple and told them this. They laughed and when I queried they responded with:

“We’ve seen five today, it’s hard to replicate the experiences you have from the vantage point of a bicycle, and it’s unmatched when you’re seeing the world from slightly lower and at the speed you do in a car.”

I didn’t think a lot of it at the time, but when I returned to Australia eight months later it was something I couldn’t get out of my head.

It was early February 2010 when I returned to Australia; university was starting shortly and I wasted little time escaping the city with some friends to climb Australia’s highest peak. It kept me sane in the transition back home. Within a few weeks I was back at university finishing up two more courses and writing my undergraduate thesis. I occupied my free time by applying for undergraduate jobs. Within a few months I’d landed my first job as a structural engineer.

Bicycle touring was still on my mind though, and in late 2012 I put a planned bike trip to New Zealand on hold for a project I was working on. The next summer I trundled over to New Zealand and rode my bike down the west coast to the fjords on the South Island, and I was hooked. 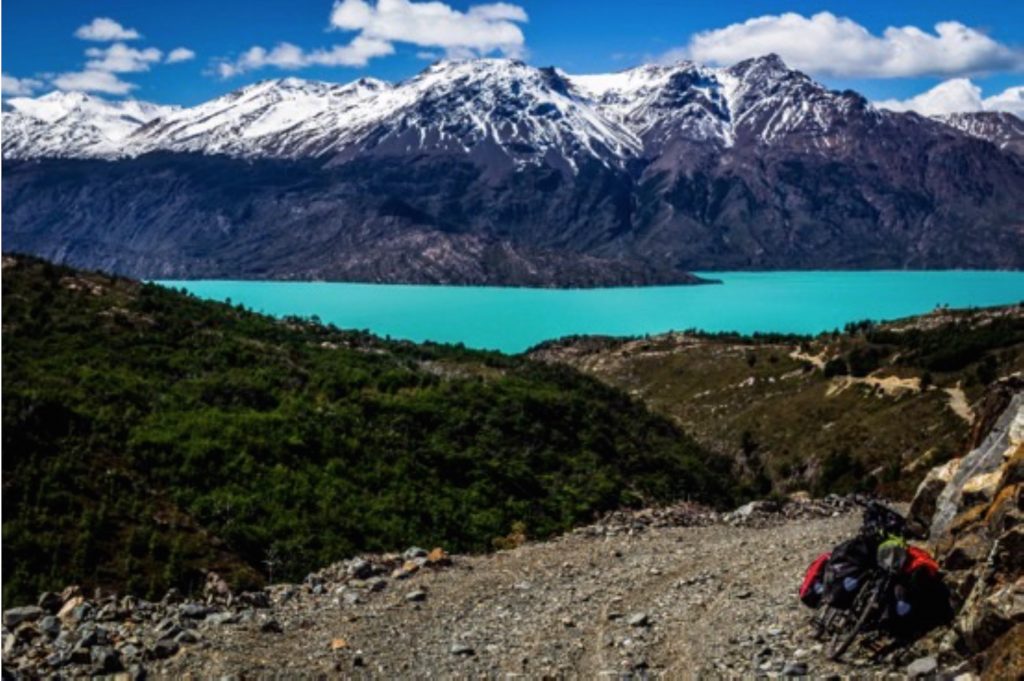 Over the following years there were two questions I couldn’t get out of my head, and I think they’re questions we should all be forced to answer if we want to know what we’re doing is right for us.

One of the engineering buzzwords I heard on a daily basis was ‘added value.’ How can we add value to this project for the client? This concept of adding value is great from the perspective of someone who is paying the bills, and great if you want to market yourself as the best at whatever it is you’re doing. But a better way to phrase this question is to ask about the added value to society as a whole. Was I adding value to other people’s life? Probably yes, but not in a way that was meaningful to me.

The other idea that occurred to me was the balance of societal goals versus personal goals. Surely this idea of adding value to other people’s life couldn’t exist without a fine balance in looking after yourself. People probably exist all the way along this spectrum, looking out for only themselves or only for others, or more likely somewhere in the middle. Trying to figure out where I sat on the spectrum and whether it was too heavily balanced to work was as simple as asking the question: am I proud of the work I’m doing? I found out the answer was personally yes, but that it was more often overwhelmed by added stress.

When I changed employer I didn’t necessarily know the answers to the questions above, but the change was enough for me to realize I was dealing with a bigger problem than who I was working for. It was becoming more apparent that there were other things I had to explore before I could believe that I was doing what I should be.

So this brings us back to the start, for one year now I’ve lived on my bike in South America. I’ve traced a meandering route north from the southernmost city in the world with no real direction further than a week or so ahead.

I needed little confirmation for this lifestyle. It’s a perfect marriage of always slow and sometimes lonely that stimulates me – in truth I haven’t felt quite so introspective since hitchhiking across Canada in 2009. It’s afforded the free time and free thought to accomplish some of the things I’ve wanted to do for years but never found the energy between work and sleep.

Over the last 12 months I’ve traversed mountains, shivered in my tent, caught boats and slept in strange places. I’ve rekindled my understanding that vulnerability and lack of security is sometimes the best way to meet people and enjoy places – after all, it represents a key commonality in the human condition. A smile goes further than a bike can take you and the best way to look at a trip like this is to understand that the last one across the finish line is the winner.

A Brazilian friend I rode with intermittently has recently returned home. One of the last things she said was that when she began cycling a year ago she would ride for six days straight and rest for one, and after a year on the bike she found she was cycling for one day and resting for six. She discovered the joy of stopping and spending time with people and the bike became the mechanism to do it. I think it’s a nice and restorative way to be and a perfect model for the sort of bike touring I enjoy.

The intention was loosely to find out what I wanted to be doing; the answer I’ve found is what I’m currently doing, at least for now. When the money runs out I’ll reassess, and I’ve developed the confidence to know that the decision will be an easy one at the right time. I expect one year may turn into two.

It’s getting close to 10 years ago that I lived in Canada, so about that long since I started moving about a lot. I wrote something down in my notebook all those years ago which I’d forgotten about until just recently, which is that

“Life is mostly about occupying time, and finding some level of contentedness in whatever way you’re occupying it.”

At least in that capacity I feel like I’ve picked up where I left off all those years ago.

To check out Jesse’s adventures, follow his words here and his photos here.