Thousands of dollars in renovations and several trips to Ikea later, the Works family found that although their life now looked like the picture-perfect images of home-décor magazines, between the marble-countertops and stainless steel appliances there seemed to be a canyon growing inside of their chests.

Just a stone’s-throw-commute away from their design jobs at Kansas State University, the Works family could have been a 21st century sitcom. The couple met on Facebook.  Jessa was a graphic designer and former homecoming queen, Josh a successful web developer. By 2010, they felt that the suburban life was closing in on them. Luckily, their son Jack was just old enough to make planning a great escape possible.

As Josh writes, “the interminable routine of bed too late, work too fast, eat too much, see too little has been difficult to interrupt and leaves far too little time for anything truly meaningful, including each other.”

What the Works began to feel most is that sometimes comfort can be suffocating. 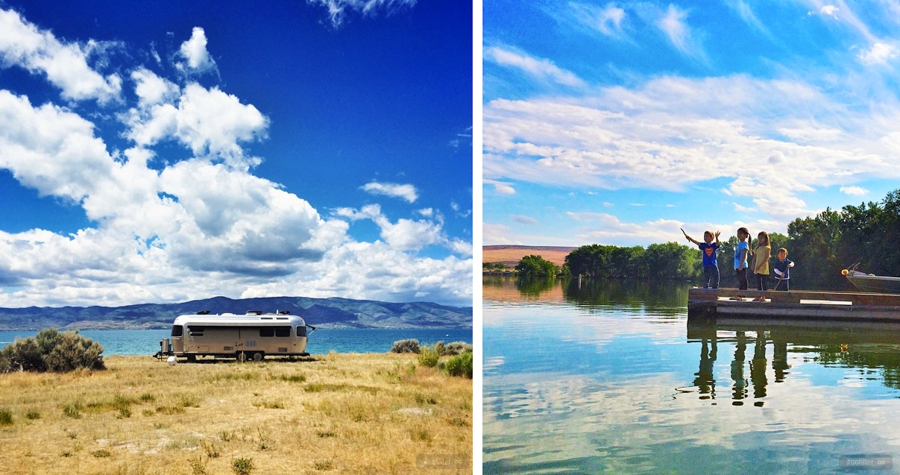 So in 2011 they decided to sell everything they owned, quit their jobs for freelance work and bought a 27-foot Airstream Travel Trailer.

They began to travel 24/7 with the lofty goal of visiting all 400 American national park sites.

They found that by simplifying their life, the weight that had been hanging over their heads began to dissipate in the expanse of the sky.

At first they kept a fast pace trying to cover as much ground as possible, but once they let go of the hustle of suburbia, they slowed to match the rhythm of nature.

The popular assumption is that full-time travel is far too expensive, but Josh says that with monthly bills, insurance, maintenance and taxes, travel actually cut their costs significantly.

When the Works family began their adventure, their son was just 2-years-old and since casting off from the suburbs, his imagination has flourished.

They found that home  is defined by family, not familiarity.

The family began to document their adventure on Instagram and have attracted thousands of followers.

In true geek fashion, they named their trailer 1337STREAM (l-e-e-t-stream) as homage to 1337speak, a numerical language embraced by computer enthusiasts.

When filmmakers Dark Rye caught hold of their story, he knew that it needed to be preserved.

Once the Works family conquered the Great American Landscape, they set their sights on a new horizon. Currently they are off exploring Greenland.