This artist shapes bongs like guns to protest war

Long-time artist and flame-worker Robert Mickelsen has spent the past few years of his life designing impossibly intricate “weapons of peace” for high-class stoner use all over the world.

His blown-glass gun replicas are as beautiful as they are functional. Despite being near exact glass-replicas of real guns, his sculptures also work as pipes. Although Mickelsen has never been a fan of guns, he began blowing glass replicas in order to satisfy his financial needs. However, after he began looking into the designs, even he had to admit that, architecturally, guns are beautiful machines. Mickelsen has found himself captivated by the contrast of a gun’s aesthetic and function.

Mickelsen comments on his website, “My way of responding to that is to recreate them in glass in a function that’s not for death and destruction, that’s actually for peace. So they become weapons of peace.” 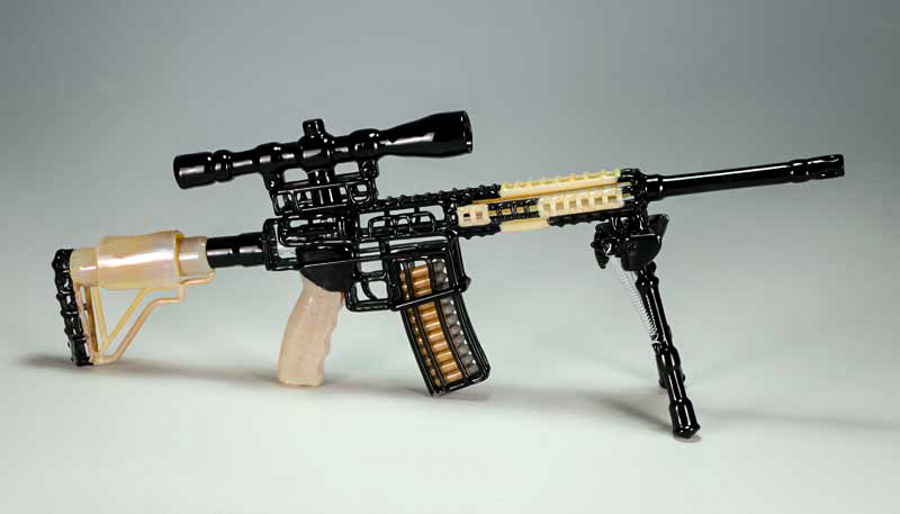