Randy Olsen is a Michigan State University doctoral candidate who previously created an algorithm which plots the fastest search path through any page of a Where’s Waldo? book. On recommendation from Discovery, he turned this same skill-set towards a more practical use—plotting the optimal road trip through the United States.

The trip is based on three simple criteria. There had to be at least one stop in all 48 states of the touching United States, meaning everywhere but Alaska and Hawaii. Each stop had to reach a national landmark, historic site, park, or monument. Finally, it had to be able to be taken with just a car, and never leave American soil. Washington, D.C. and a second stop in California were added to bring the total number of stops to an even 50.

The map was created by Randy Olson and pinpoints a mix of 50 major national landmarks, national national parks, historic sites, and monuments. Olson used an algorithm that found the shortest route by road between every landmark 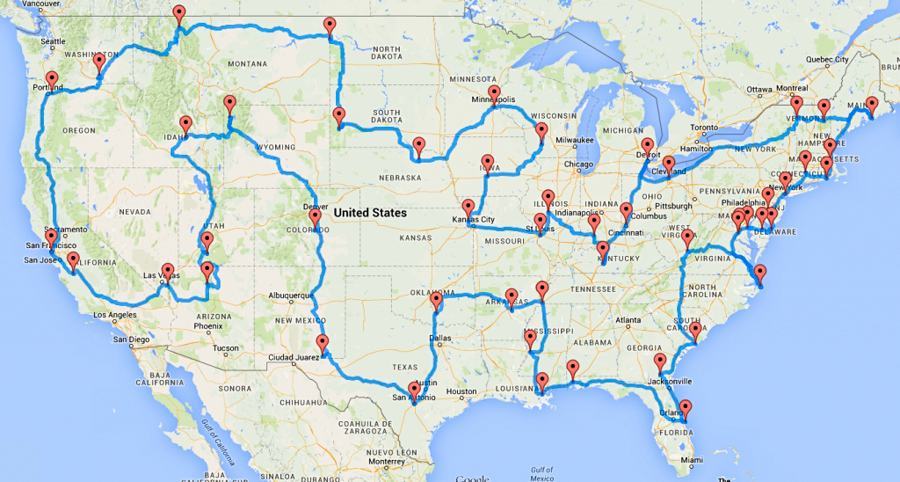 There are about 2500 different routes between all 50 landmarks, and ordering them in such a way that the distance travelled between them is as small as possible by hand would take longer than the perceived lifespan of the Earth itself. As such, Olson instead used “genetic algorithms,” which in his own words “start with a handful of random solutions and continually tinkers [sic] with these solutions…until they can’t find a better solution any more.” Technically, this means that the route is not actually 100 percent optimal—but it’s close. The trip has also been designed as one big loop, so you can start at any point.

With no traffic, the route will take an estimated total of 224 hours of driving, which amounts to almost nine-and-a-half full days. As such, Olson recommends you set outside two to three months if you’re planning to do the whole thing.

He’s also given the same treatment to several other road trips, including ones to every major American city, South America exclusively, and Western Europe. 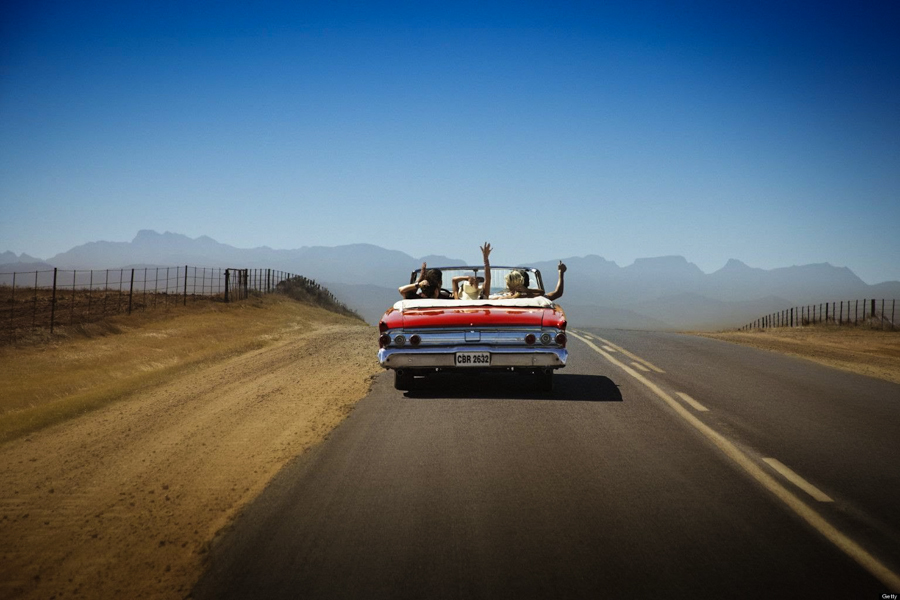