Even those who have never seen a Wes Anderson film are likely aware of his distinct and unique visual style – he creates dream-like worlds full of colour and life. The Darjeeling Limited tells the story of three brothers who make their way across India by train. The name of the train is ‘The Darjeeling Limited,’ and while no real train exists by that particular name, fans will be delighted to know that there is a real train by the name of ‘Darjeeling Himalayan Railway’ and it’s just as charming. 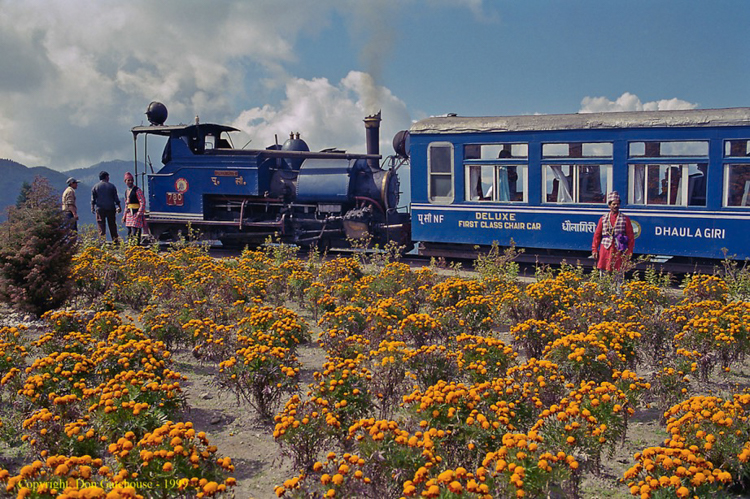 Built between 1879 and 1881, the railway runs 86 km from Siliguri to Darjeeling through West Bengal. During the 19th century, Darjeeling was a major station at the centre of a flourishing tea-growing district, according to Urban Ghosts. The area was originally only accessible by horse-drawn cart, but the region’s increasing popularity led to demand for a modern transportation system. And so the Darjeeling Himalayan Railway was born.

Built between 1879 and 1881, the railway runs 86 km from Siliguri to Darjeeling through West Bengal. 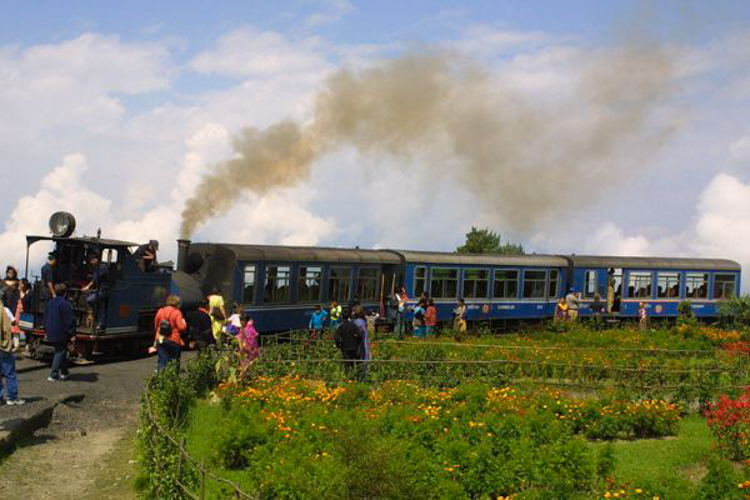 By 1910, the railway was carrying 174,000 passengers and 47,000 tonnes of goods per year. Operated by Indian Railways, the route is one of the country’s most famous mountain lines and in 1999 was the first to be recognized as a UNESCO World Heritage Site. 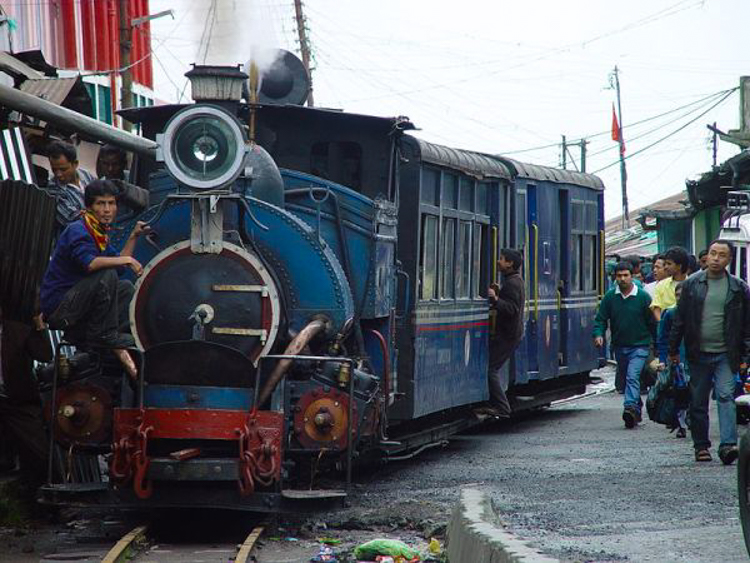 The train has earned some other names as well, including “Toy Train” and “train to the clouds,” likely because of its charming, Disney-esque look, but also because of its unique route. Travelling on a two ft. narrow gauge, the line rises from an elevation of 328 ft. at New Jalpaiguri to 7,218 ft. by the time it reaches Darjeeling. You can travel further, from Darjeeling to Ghum – India’s highest railway station – by taking a vintage B-class steam locomotive.

The train travels on a two ft. narrow gauge, the line rises from an elevation of 328 ft. at New Jalpaiguri to 7,218 ft. giving it the nickname “train to the clouds.” 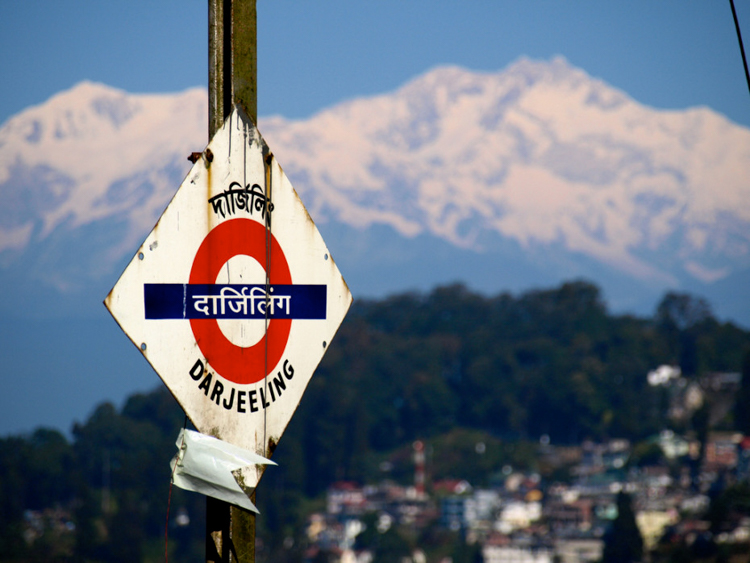 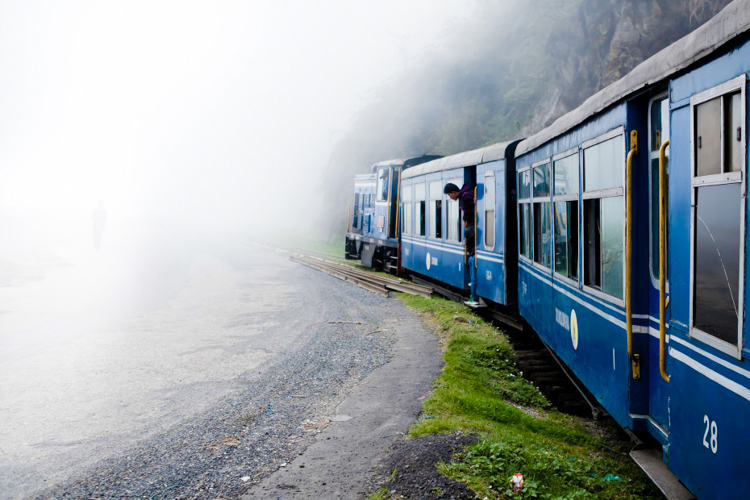 According to Urban Ghosts, four spirals and “Z”-reversing stations were incorporated into the design. In 1897, an earthquake left the route in need of some updates and many improvements were made. This included the addition of bogie-equipped carriages in place of basic four-wheel train cars.

Each train has two first-class carriages, which make the trip as comfy as possible. According to Messy Nessy Chic, the full ride from Kurseong to Ghum station takes about eight hours, but you can also hop on at Darjeeling and take the half-hour, vibrant and picturesque journey to Ghum.

The last leg of the trip is a magical experience, as the track runs all along the city, bending and twisting, at times so close to the people that, according to Messy Nessy Chic, “it flows like a river through their lives.”

And if only to add to the charm of the railway, there is even a carriage named after Mark Twain, which is a tribute to the time he spent travelling through India in the 1890s. His trip is documented in his book, Following the Equator.

There is even a carriage named after Mark Twain, which is a tribute to the time he spent travelling through India in the 1890s. 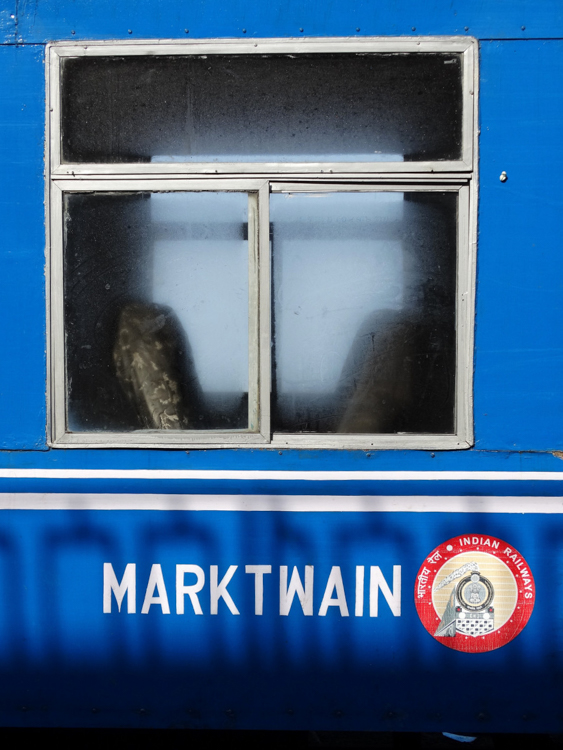 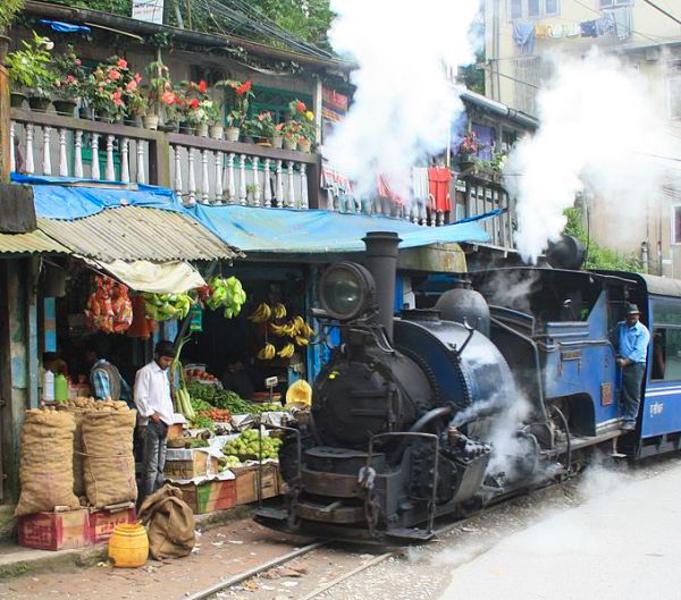 “In other countries a long wait at a train station is a dull thing and tedious, but one has no right to have that feeling in India. You have the monster crowd of bejeweled natives, the stir, the bustle, the confusion, the shifting splendors of the costumes–dear me, the delight of it, the charm of it are beyond speech.”

Wes Anderson may have created a visual masterpiece with The Darjeeling Limited, but the real deal sounds even more spectacular and dream-like. 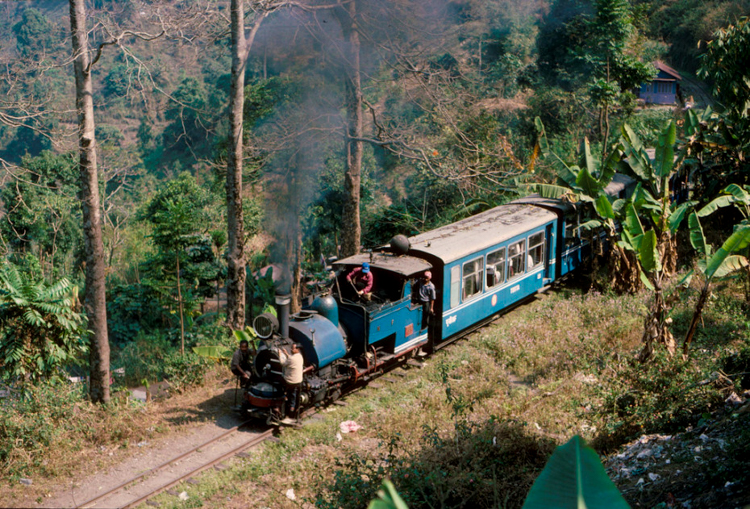