The London Natural History Museum announced the winners of the Wildlife Photographer of the Year competition on October 13, and the photos show the beauty and the struggles of the diverse creatures we share this planet with. Only 10 category winners were chosen from over 42,000 entries from 96 countries.

A Canadian amateur photographer was named the winner for his chilling photo, “A Tale of Two Foxes” which reveals a lot more than what first meets the eye. Kathy Moran, jury member and National Geographic’s senior editor for natural history projects said: “The immediate impact of this photograph is that it appears as if the red fox is slipping out of its winter coat. What might simply be a straightforward interaction between predator and prey struck the jury as a stark example of climate change, with red foxes encroaching on Arctic fox territory. The bottom line is, this image works on multiple levels. It is graphic, it captures behaviour and it is one of the strongest single storytelling photographs I have seen.”

Ruffs On Display – Young Wildlife Photographer of the Year

The Company of Three – Birds Category

A Whale of a Mouthful – Underwater Category

The Art of Algae – From the Sky Category 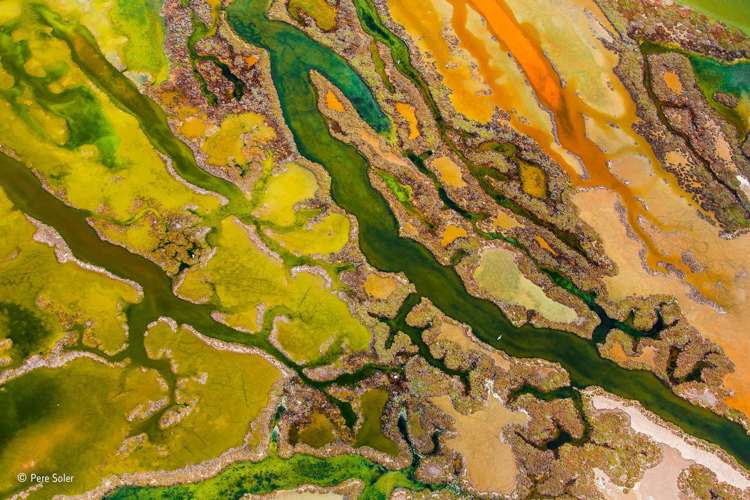