Thanks to a New Zealand earthquake the homeless now sip champagne, ride horses and live like kings

The Christchurch earthquake registered a 6.3 on the Richter scale, becoming New Zealand’s second deadliest natural disaster and flipping the world of most of its population upside down. But those who slept on park benches and below highway bridges say that the natural disaster was the best thing that has ever happened to them.

An earthquake not only levels buildings, it levels out the rules of society. The poor have become rich overnight. For a small group of homeless people, disaster brought with it new opportunities and gave them a taste of what it is like to live a life of luxury. During the disaster, many of the elite were forced to flee from condos, mansions, and five-star hotels and have failed to return because of structural damage. This allowed the impoverished to take squatters rights in penthouses and enjoy the good life that those left behind. Now they often eat luxury meals for absolutely free, and treat the empty city as their playground. One homeless man frequently rides his horse down the middle of city streets. Now that’s what I call freedom. 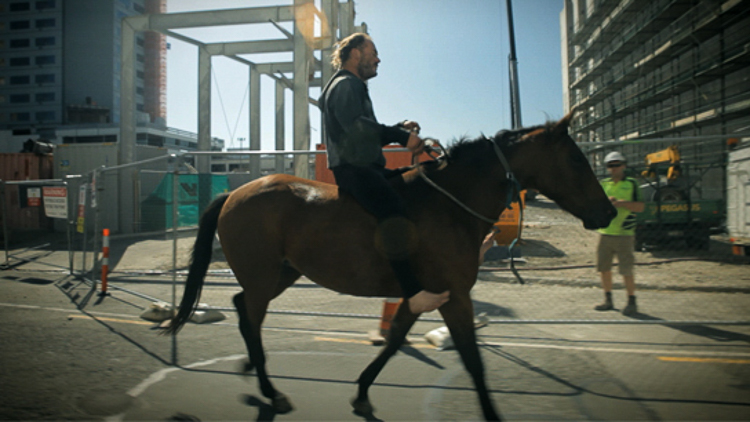 “Some of these places there’s hardly anything wrong with them,” Cowboy, one of the homeless, says.

“After living on the street for 20 years, we’re now tasting what it’s like to live like kings. We’re sleeping in fancy sheets, drinking champagne and living in mansions… and we’re fucking loving it,” Cowboy says.

There is life after loss, even in the middle of a disaster zone. It just goes to show you, that amongst the rubble, a beam of light always manages to poke through.

Check out “Living Like Kings” a captivating 3-minute documentary by filmmaker Zoe Macintosh: