Would you allow someone to watch over you and hear your private conversations all day, every day? Well, with cameras and mics on everything from phones to tablets to computers, and even some video game controllers, you may be doing just that without even realizing it.

Late last year, news broke that hackers streamed thousands of webcams from around the world on an obscure website, leaving driveways, offices and kids’ bedrooms free for anyone to view online. And if you thought that was the worst of it, you’d be wrong. The website also posted the latitude and longitude of the cameras along with the postal code or zip code of where they were located, so anyone could pop in for a quick visit.

While security flaws in phones, tablets, computers and other modern technologies have been well documented in the media, particularly after the NSA/Snowden scandal, potentially hackable cameras and microphones are arguably needlessly making their way into many new consumer products.

Some smartwatches in the Samsung Galaxy Gear line, for example, include cameras and microphones. On the other hand, the Amazon Echo, which is essentially a smartspeaker, has seven microphones to listen in for a specific word to make your wish its command.

Personal robots are perhaps one of the most ambitious new technologies out there, and while they haven’t hit the mainstream yet, they could be another tool hackers use to spy on others if they do take off. Jibo, for example, markets itself as “the world’s first family robot,” and it aims to be everything from an assistant to a photographer to a messenger and even a companion. Jibo of course has mics and cameras to help make all its magic happen.

But as many of the latest camera and mic sporting gizmos can be hooked up to the Internet either directly or indirectly, they could be potentially hacked into leading to similar privacy nightmares like the hacked webcam saga of late 2014.

However, the public and major companies themselves are seemingly more aware that they need to be more concerned about privacy. Samsung, for example, dropped the camera from its latest version of its Galaxy Gear smartwatch. That move may have been a result of people feeling uneasy that others could stealthily take photos of them using a watch. Although the Amazon Echo hasn’t reached mass-market status, some have started to question how much information Amazon might be eavesdropping on, despite the prominent mute button on the top of the device. Jibo hasn’t even been released yet, but there is quite a lot of time spent addressing privacy and security on the official site’s FAQs. Google also recently stopped sales of its Google Glass eyewear product, which was called “freakish” and had its fair share of privacy issues.

But even in a world without Google Glasses, Galaxy Gears, Amazon Echoes and Jibos, chances are you probably have far less privacy than you think. A January 2004 article by the UK paper The Independent stated that the average Briton was on camera more than 300 times a day. (However, it’s a number fellow UK paper The Guardian later called “dubious.”) A 2007 article on the Little Rock, Arkansas Fox affiliate’s website said that the average city resident was caught on camera 75 times a day.

The common argument goes, “but I have nothing to hide,” but as Edward Snowden revealed, information collected on otherwise ordinary citizens could be used to attribute suspicion after the fact, when you may actually have something to hide. If you’re reading this on a phone, computer or tablet right now, chances are somebody is tracking your activity, whether it is a company data mining for consumer information to sell to third parties or for user information to be sent to governments in data packages for security purposes. So be conscious of the fact that you could be watched and of how your digital behavior could be interpreted by a stranger, even years down the road. 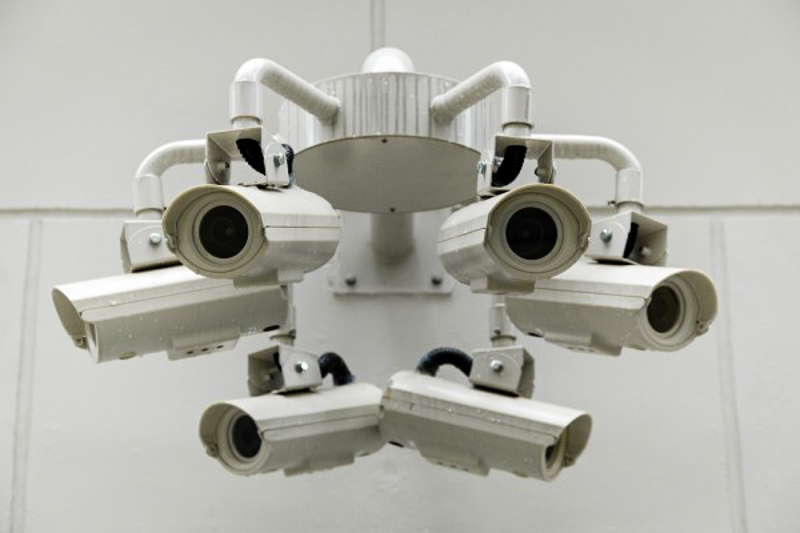