The lucrative field of genetically-engineered organs and organ transplants gets stranger every day. In 2006, researchers started implanting fully-formed pig hearts into baboons; with the help of heavy anti-rejection medication, the baboons and their new tickers lived happy, healthy lives up until the experiment ran its course and medications were withdrawn.

If you think that’s as bizarre as things can get, though, you’re in for a surprise. In the field of organ studies, researchers have long since struggled to obtain new parts. If only it were as easy as Dr. Frankenstein, who simply popped over to a graveyard every time he needed a spare. You might think that organ scientists should just keep doing what we’ve done for many years: scoop organs out of a compatible donor and place them into a new body. This, however, presents further risks for the patient. The more vital an organ, the harder it is to transplant; the new body might reject the implanted organs and worsen the subject’s condition. And with heart diseases on the rise, we’re going to run out of healthy hearts pretty quickly. 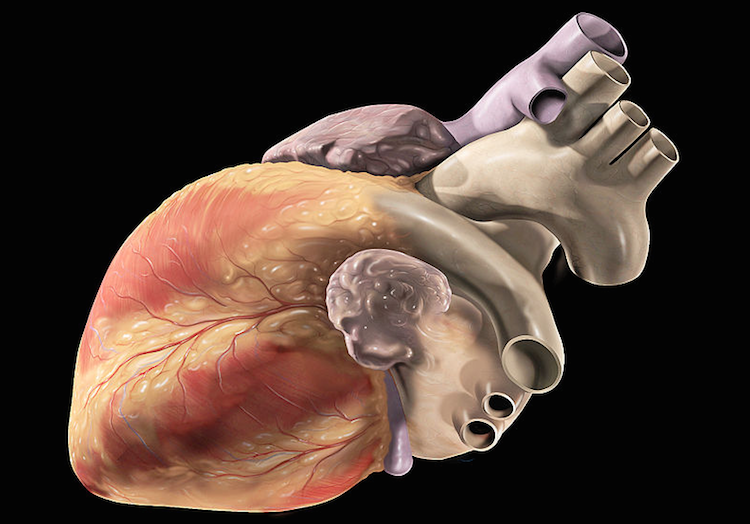 That’s why many scientists have started investigating the poorly understood field of “tissue regeneration:” a series of experiments aimed at growing parts outside of the body to be later implanted into a patient. Scientists collect stem cells, nurturing them into a thin sliver of disembodied but otherwise functional human tissue. This body of knowledge remains in its infancy, however, the samples that we’ve managed to cultivate in the lab are about the circumference and depth of a nickel. We have a long way to go before we can grow a full heart, but it’s an admirable beginning.

It’s a more delicate procedure than just dumping a handful of stem cells in a vat and hoping for the best, as each sliver of flesh must be carefully grown and tended to. Issues of weight and mass remain an issue as well: outside of the supportive, watery environment of a fetus or human body, delicate arteries crumple under the weight of gravity. Bioengineering tactics must recreate the ethereal yet vital network of arteries and capillaries responsible for keeping a healthy circulatory system of flowing blood, delivering oxygen and nutrients deep into the developing tissue to keep it healthy.

In early 2017, scientists from the Worcester Polytechnic Institute in New England unveiled a new breakthrough in the development of tissue engineering: a bizarre plant/animal hybrid that looks more like something you might see in the Little Shop of Horrors. In a series of experiments, the research team cultured beating heart cells on specially engineered spinach leaves, stripped of plant cells. The team fed nutrients – designed to help nurture this slab of living tissue –through the spinach leaf’s circulatory and vascular system, whereupon they flowed up and into the developing specimen. Like a vampire chowing down on its host, the spinach leaf slowly shriveled to nothing as its meaty passenger grew and developed, eventually withering into a perfectly transparent, ghostly remnant of a leaf, a process scientists call “de-cellularization.”

Gruesome? Yes. Fascinating? Also yes. In the future, we might see vast hydroponic “farms” using massively up-scaled versions of this technology – nurturing individual pieces of tissue, stitching them together after they become ripe for “harvest.” Future studies into this field will continue to try and optimize the de-cellularization process as part of the arduous struggle to prep spinach for hosting, and further use this technology to try growing different types of human tissue samples – livers, kidneys, lungs, and more. This might not have been what the Tin Man had in mind, but meeting the meat has never looked so green.