In March of 2013, Lars and Katrin Schneider, along with their 8-month-old son, Fietje, bought a 1971 VW Westfalia Van, and took off across the country, traversing multiple state and national parks including Joshua Tree, Valley of Fire, Death Valley, Bryce, Zion and Grand Canyon.

The concept behind their trip was simple: buy a bus, take the trip. But they always held their end goal in mind—to eventually make their way to the East Coast of the US, where they could ship their van back to Europe.

Originally hailing from Hamburg, Germany, Lars comes from a background of sailing, to which he owes his knack for risk-taking and adventure. Katrin’s past is murky, but she often participates in Lars’s blog, Schneider Outdoor Visions. 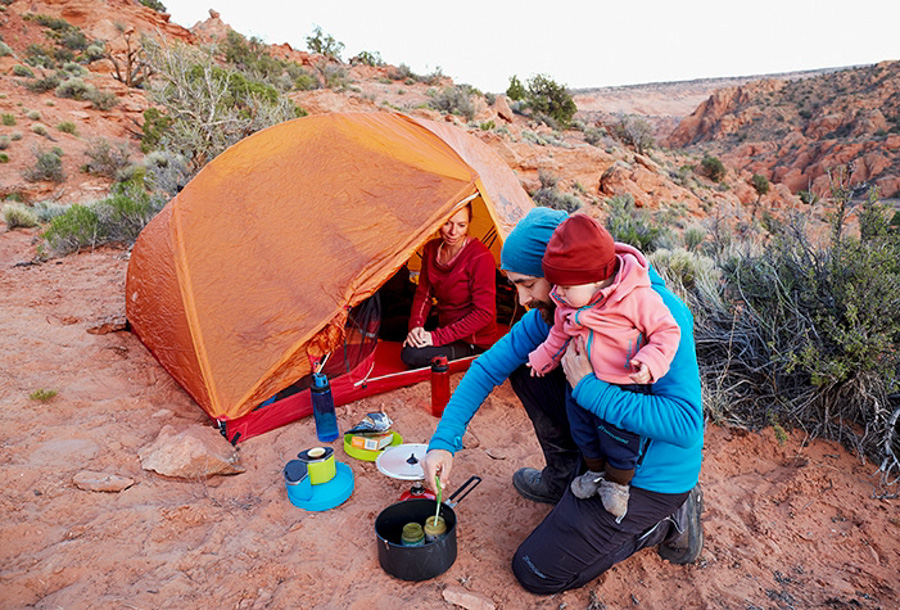 In 2013, the couple spent two months touring the Southwest US, visiting California, Nevada, Utah and Arizona, amassing a total of 5,500 kilometres, a journey that Lars admits was “not always easy with the baby, but extra special because of him.”

Living out of a VW bus as a family of three can mean a volume of roadside meals, claustrophobic sleeps and a vast gap between you and the comforts of traditional Western life. But the Schneiders realized that unparalleled freedom tips the scales of priority back to a level playing field.

All images are courtesy of Lars Schneider.