How Lush wants to stop Trophy Hunting in British Columbia

Despite British Columbia’s reputation as a haven of progressive environmentalism, there is one particular area in which they have utterly failed: Trophy Hunting. Trophy hunting consists of either Canadians or Internationals coming during the spring to hunt grizzly bears for sport, often discarding the actual meat of the bear after having removed the fur. Because hunters typically only go after adult bears, many sweet baby grizzly cubs are left tragically alone to starve or be preyed on by larger animals. Although over 90% of British Columbians oppose the cruelty of the hunt, no ban has been established.

Lush Cosmetics is doing their part to improve the situation in British Columbia. They recently put out a 30-minute documentary, Trophy (available to watch online), which takes an in-depth look at the overall impact of B.C’s inexplicable allowance for trophy hunting. The movie features scientists, Pacific Wildlife activists, members of the Wildlife Defence League and more. All take time in the movie to explain how wildly unnecessary the hunt is to the economy and how needlessly cruel it is to the grizzly bears, who actually live incredibly serene lives. Lush also spent early November selling the Great Grizzly Bath Bomb, which cost $6.95 with 100% of sales going to organizations working to protect bears in North America such as the Center for Biological Diversity and Raincoast Conservation Foundation. 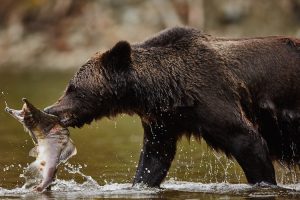 Despite making over $205,000 in bath bomb sales along with nearly 9000 petition signatures, British Columbia’s Premier – Christy Clark – has shown no interest in changing the law. A spokesperson from Lush stated, “The Premier can ban trophy hunting in British Columbia – for both resident and non-resident hunters […] it’s hard to understand why she is failing to move on this issue”. Lush is not alone in this feeling – considering the unbelievable cruelty of hunting grizzly bears (or any animal) for sport (not for sustenance) along with the fact that residents of British Columbia are almost all collectively against it, it makes no sense that Christy Clark would continue to ignore such a large issue – one that will surely affect her standing come re-election in 2017.

Christy Clark was quoted by Global News in 2015 stating, “in terms of bear hunt, we have a very, very healthy population of bears and [the hunt] is all scientifically managed. There is absolutely no threat to the population of bears and the hunt supports a lot family run businesses”. Unfortunately for Clark, very little of that statement is actually true according to Trophy and the Wildlife Defence League. Because the government scientists fail to actually get out and count the population, instead relying on computer systems they grossly overestimate the numbers. Along with this, while the hunt produces about two million per year for the provincial economy – studies show that bear viewing would bring in ten times that amount. Furthermore, grizzly bears are excellent for helping to indicate how we as a society are doing with conversation because they need big wild spaces to live – if there is too much development, grizzly bear population will drop. 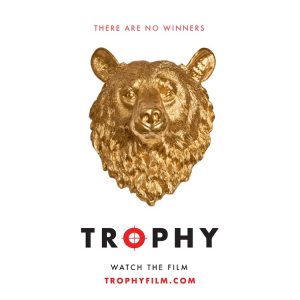 Despite the fact that in the United States grizzly bears have been protected under the Endangered Species Act since 1975, the U.S. Fish and Wildlife Service is considering removing the protections that exist for grizzly bears in the greater Yellowstone area, presumably to attract the hunters that currently occupy British Columbia. Those in British Columbia have attempted to make changes – in 2013 the Coastal First Nations in B.C. deemed trophy hunting culturally inappropriate and banned it in their traditional territories under Tribal Law. Despite this effort, guides and hunters have chosen to completely ignore the ban.

The only way to fix this issue is to follow Lush’s lead – watch the documentary here and sign one of the many petitions regarding this issue here.