They say laughter is the best medicine. But even in the funniest of life’s memorable moments, a good tear-jerking laugh lasts a couple of minutes at most; it’s a very temporary high.

Enter laughter yoga, or Hasyayoga: the practice of extended periods of laughter. This form of yoga, still in its infancy (or maybe even fetal stages), is based on the idea that the positive side effects of laughter occur regardless of whether it is voluntary or spontaneous. In other words, the likelihood that you can sustain real laughter for the entirety of an hour-long session is pushing it. Luckily you can fake it and still reap the benefits.

Walking into my first class, yoga mat-over-shoulder, I was prepared to join a room full of ass-up downward doggers methodically he-he-ing and ho-ho-ing into cobra in tandem.

Not so. Laughter yoga is very much like being a preschooler. Or Will Ferrell in Elf.

Laughter yoga, or Hasyayoga is the practice of extended periods of laughter. The idea is based on the idea that the positive side effects of laughter occur regardless of whether it is voluntary or spontaneous 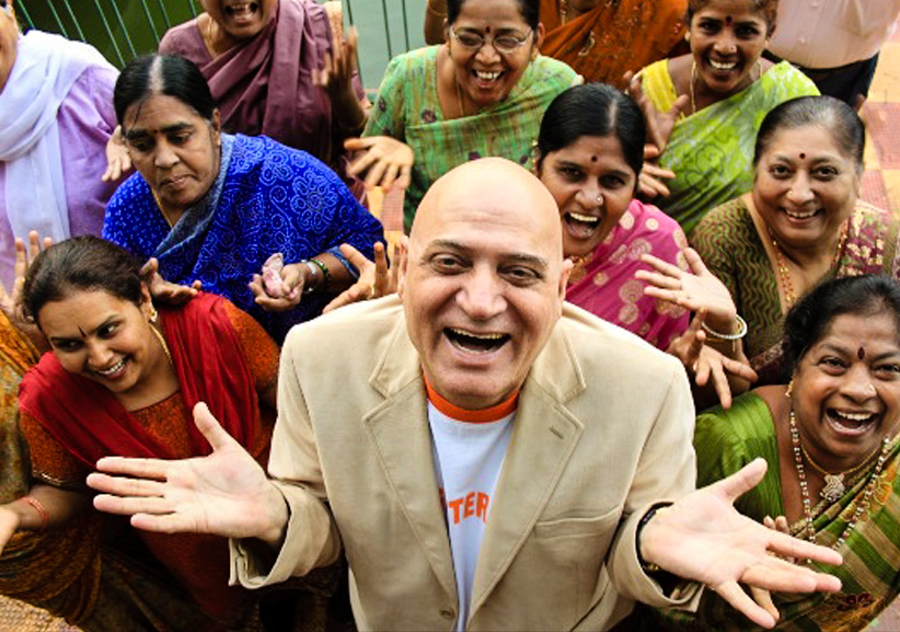 The first exercise was a simple introduction: “My name is Molly.” Then I start laughing. Then everyone else laughs. I totally faked it at first, but it quickly turned to real laughter, and then to tears.

In this particular session, we also played tag, washed and broke imaginary dishes and hop-scotched. By the end my cheeks were sore and my abs were tight. Needless to say, this is not elitist yoga and it’s near impossible to take yourself or anyone else in the class too seriously.

So what is it about this simple, flashback-to-childhood experience that’s so therapeutic?

For Lynn Himmelman, a laughter yoga instructor in Toronto’s East End, it’s the pervasiveness of laughter as a common human experience. “Laughter unifies us. This is about getting that light playfulness back into everyday living.”

It’s this unifying effect that she credits for the spread of the practice.

“[Laughter yoga has] only been around for 20 years and it’s spread to more than 100 countries. You can go to any country and we’re all doing the same thing.” No barriers; just fluidity, humanity and of course, laughter.

Anytime you step out of your comfort zone, you take away something unexpected. For me, that something was perspective; perspective on society in general and on how we should approach life’s complexities.

The glaringly obvious takeaway is that we don’t laugh enough; we take ourselves too seriously. As a society we spend so much time and energy on what it means to be a successful adult: what we do, what we earn, where we live. We don’t make time for play. Play, especially the kind of make-believe, laughter-driven play that I experienced in this class, pushes us out of the right brain mentality that’s so valued by Western corporate culture and balances it. Laughter and play bring us into a mental state that fosters creativity and opens us up to the human experience.

To laugh is universally human and has the power to break down culturally- and socially-constructed barriers. 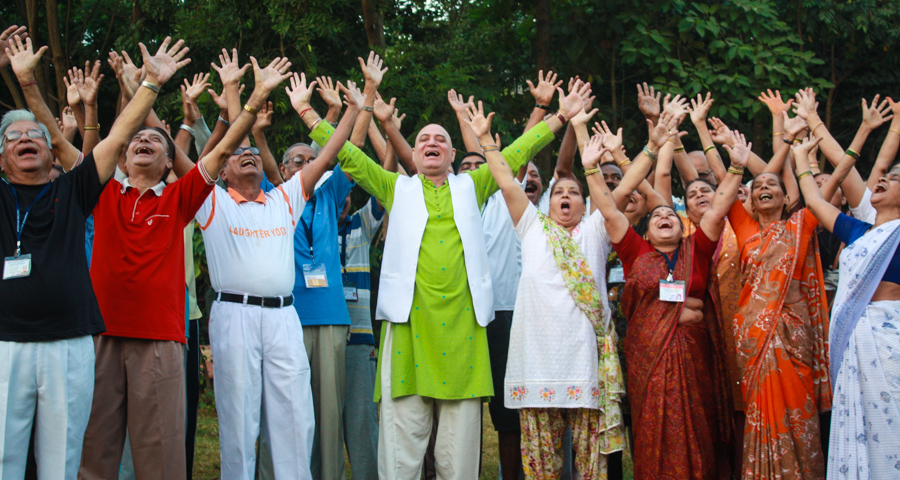 To laugh is human and laughter really is universal. Himmelman runs sessions for various organizations in Toronto and affirms how laughter can break down culturally- and socially-constructed barriers.

“For people who have been working together for a period of time but they’re just kind of interacting with each other within the context of their jobs: laughter breaks down all the hierarchies. People just start to be people with each other. You know, the more you laugh the more you’re not in that place of judging or criticizing.”

It’s not the intern and the CEO, it’s just two people laughing together. That’s amazing.

Because when it comes down to it we’re all just people. And as people, we need to look inward. This was probably the most profound realization for me. Throughout the session, Himmelman encouraged us to laugh from the inside. What does that mean? When you look at kids, to take one of her examples, they don’t need something funny to make them laugh. They find enjoyment when they’re by themselves and in the midst of seemingly mundane, everyday-life occurrences. But as we move into adulthood we lose that. We only allow ourselves to laugh in response to socially-appropriate triggers: jokes, puns, slapstick, sarcasm.

When you reject that notion, all of a sudden you don’t have to look outside yourself to be uplifted; you can bring laughter into life’s shitty situations. If you feel like laughing, you don’t need to wait for the appropriate moment to feel that rush. The average person laughs maybe a few seconds at a time, a handful of times a day. When you decide that you don’t need an invitation, the opportunities for laughter grow exponentially.

Who doesn’t need a little more laughter in life? Dr. Madan Kataria, the founder of laughter yoga, touts its numerous benefits, from better mood, to enhanced immunity, even faster recovery from chronic illness. Maybe so. But without a doubt by the end of the class I was calmer than I’d been in months. That alone is worth going back for.

Who doesn’t need a little more laughter in life? 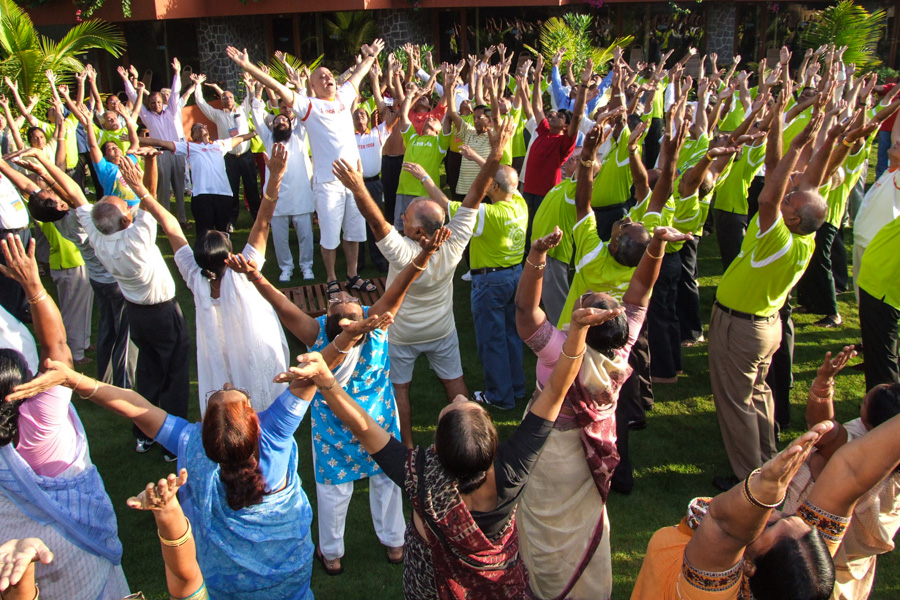