Hunter S. Thompson speaks about riding with the Hells Angels for 2 years

Home » Hunter S. Thompson speaks about riding with the Hells Angels for 2 years

In 1965, Hunter S. Thompson was introduced to the Oakland chapter of the Hells Angels by San Francisco reporter and gang-member Birney Jarvis. For over a year and a half, Thompson drank, snorted coke, witnessed gang-rapes and rode California’s blacktop with the Angels. When finally published, his book would go on to start a new strain of journalism ditching tired notions of objectivism. The unprecedented access to the gang vaulted his career, but the experience also deeply affected his perspective on criminality.

“A lot of venom that the Angels were spewing around in public, most people were just keeping bottled up in private.”

From the inside, Thompson came to see society as a snake eating its own tail. While the Angels were considered to be rabid dogs at the bottom rung of society, they felt that it was society itself that had chained them there.

“I learned a lot about myself just writing about the Angels. I was seeing a very ugly side of myself a lot of the time. I’m much more conscious of the anger that lurks everywhere. I keep my mouth shut now. I’ve turned into a professional coward.” 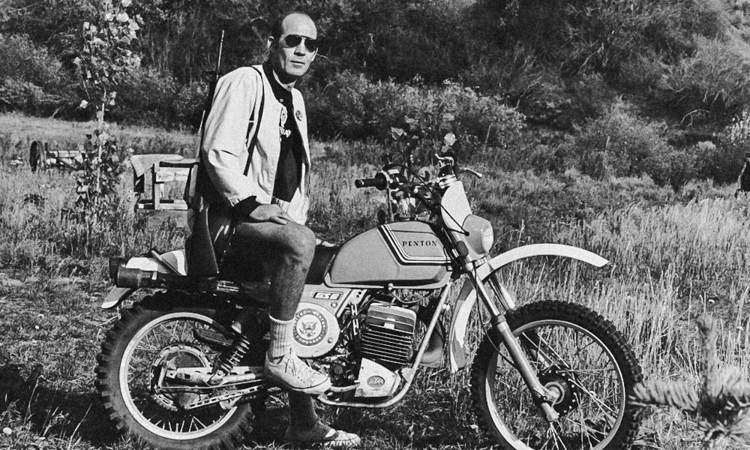 Thompson’s tongue would put an end to his time with the Angels. After saying “only a punk beats his wife” to a gang member with an appetite for domestic abuse, Thompson received the most savage gang-beating of his life. In this video he reflects on his experience:

But according to this Hells Angel, Thompson never made good on a promise to buy the Oakland chapter two cases of beer when the book was published.