This close to the winter solstice it can sometimes be difficult to remember what the sun even looks like, especially in western Oregon. It’s even more difficult to imagine getting excited about an event that will completely block out the sun, but many people are very excited about just that. On August 21st, 2017, the moon will completely block the sun from sight during a total solar eclipse – The Great American Eclipse.

The narrow path of the eclipse will travel across the entire width of the United States, covering parts of fourteen states. The shadow will hit land in Oregon, and touch parts of Idaho, Montana, Wyoming, Nebraska, Kansas, Iowa, Missouri, Illinois, Kentucky, Tennessee, Georgia, North Carolina, and South Carolina.

For between one and two minutes, the sun will be completely eclipsed in areas within the “path of totality,” as it’s called. Outside the path of totality, the sun will be only partially eclipsed. Safety glasses will be required to view the partial eclipse safely. If you’re that close there’s really no excuse not to make the short trip into the path.

This is a huge event, drawing people from all over the world to experience the incredible feeling of standing in the moon’s shadow. Every campsite in every Oregon State Park within the path is already booked. Hotel rooms and short-term rentals will be soon, if they’re not already.

According to www.greatamericaneclipse.com, “When totality arrives, you will experience primal emotions and wonderment at the unspeakable beauty of the corona and the panoply of colors and light as you’ve never seen before. You will involuntarily scream, gasp, or perhaps cry at this astounding vision.” 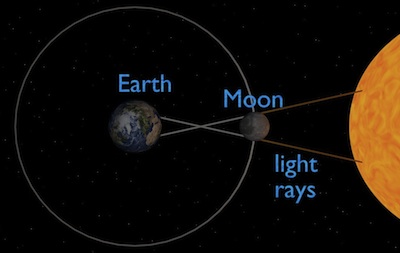 The last total eclipse viewed from the continental United States was in 1979. It was a dreary day that left many people with a poor view of the moment. The next one that will reach this much of the country isn’t until 2045.

Follow this link for all the details you need to ensure a successful, safe viewing in each state in the path. It’s not too late to make your plans, but don’t wait too long. Seasoned eclipse chasers have a jump on you for those prime spots.