In 2010, after previous unsuccessful political campaigns, Mark Dayton was finally elected as the Governor of Minnesota. In the years since, he has instated several progressive policies.

Dayton has raised taxes on tobacco and individuals who make over $250,000 a year, as well as corporate taxes so that wealthy individuals can’t avoid paying their share by funnelling money through their businesses. He’s also raised the minimum wage to $9.50, with the intention of having it catch up to inflation by 2016 and “index” year-by-year (meaning it goes up in conjunction with the annual cost-of-living). He instituted a tuition freeze on two-year colleges and public state universities to keep education affordable. Under his leadership, Minnesota became the second Midwestern state to legalize same-sex marriage. And last year, on Mother’s Day, Dayton approved the Women’s Economic Security Act, a piece of legislation that ensures that women get equal treatment in the workplace.

According to the neoliberal right, anything that forces a business to spend more money—including raising corporate taxes or paying their workers a livable wage—will make them leave town en masse, plunging the state into a hell-scape of economic deficit and widespread unemployment.

Minnesota is a case study in proving this theory wrong. As of February 2015, Minnesota’s unemployment rate is just 3.7 per cent—almost two per cent lower than the United States average—and they’re operating with 1.2 billion dollar surplus. In a time when the economy has never truly recovered from recession, a surplus as strong as this is good news; when you consider that Dayton’s government has done this while lowering taxes for lower and middle-class households while simultaneously increasing funds for “education, healthcare, job development, environmental protection, seniors, [and] services for the poor”, it becomes nothing short of astounding.

Minnesota’s Governor raised taxes by $2.1 billion and invested $900 million in schools. It has the 2nd highest growth in the Midwest, a $1 billion budget surplus, and a median income $8000 higher than the national average.

Wisconsin’s Governor gave the rich $2.1 billion in tax cuts and cut school funding more than any other state. It experienced the 3rd worst job growth in the Midwest, and its median income is $800 lower than the national average. 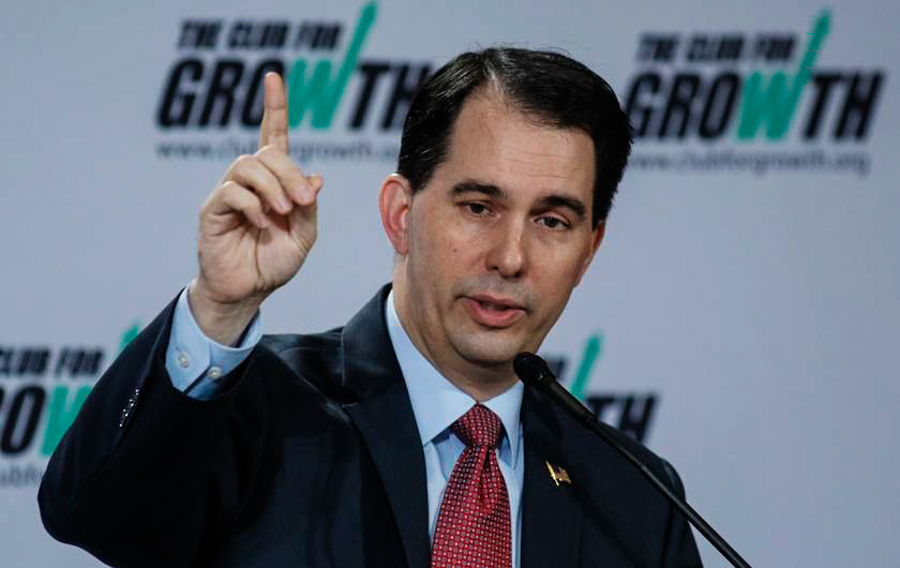 A comparison is often made between Minnesota and its neighbour Wisconsin, whose Republican governor—Scott Walker—was also elected in 2010, and took a directly opposed stance. Walker made cuts to public education and healthcare, eliminated tax cuts for low-income workers, and reduced taxes for the rich. As a result, the state has consistently been one of the worst in the country in terms of personal income and job growth, and is operating under a 1.8 billion dollar deficit.

I’m not so pig-headed as to suggest that Dayton’s policies are the right ones to apply in every situation. But the commonly-perceived wisdom is that left-wing attitudes are better for social issues, and right-wing for the economy; the Minnesota-Wisconsin dichotomy suggests that the conservative approach might just be bad at both.

These progressive policies have allowed Minnesota to have some of the highest economic confidence in the country, Forbes considers Minnesota one of the top 10 in the U. S for business.