After years of dreaming about traveling the world, Mike Hudson finally made the decision to quit his job as a systems engineer and begin life on the road in a renovated LDV Convoy.

Hudson began implementing his dream in September 2013 after putting in his month’s notice at work. By quitting his job, he became fully committed to his plans to travel the world.

Following his resignation, Hudson sold his house, gave away most of his worldly possessions, and began renovating his LDV Convoy that he purchased on eBay.

The cost of buying and converting the van came to a total of £5,000, and renovations and fixing the van’s engine took Hudson five months with some help and motivation from friends.

Although he chose to part from the regular expectations of society, Hudson still does not consider himself to be a nomad and he wouldn’t necessarily recommend the van life for everyone. 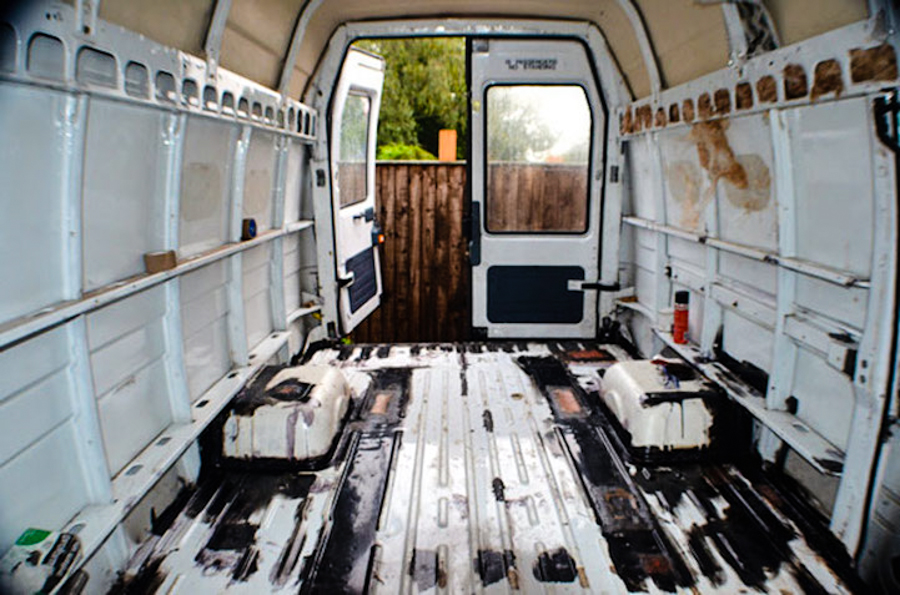 “I don’t think there’s a right or wrong thing for all of us, we all have different requirements. Maybe though as a society we are all a bit addicted to safety,” Says Hudson.

Hudson began his journey officially in March of 2014 with the support of family and friends and a total savings of £4,500. To sustain life on the road, Hudson has perfected the art of resourcefulness.

“I do many little things to help this go as far as it can—volunteering, dumpster diving, busking, sharing fuel with other travellers,” he said.

The experiences on Hudson’s journey have varied from driving through the mountains of Romania to surfing with a hitchhiker in Portugal to driving a burn victim to hospital after they had fallen into a fire. These opportunities have given Hudson a new awareness of what truly brings happiness into his life.

“I’ve learnt how to be in the moment a lot more, because that’s what matters and that’s where amazing things happen,” Hudson said. 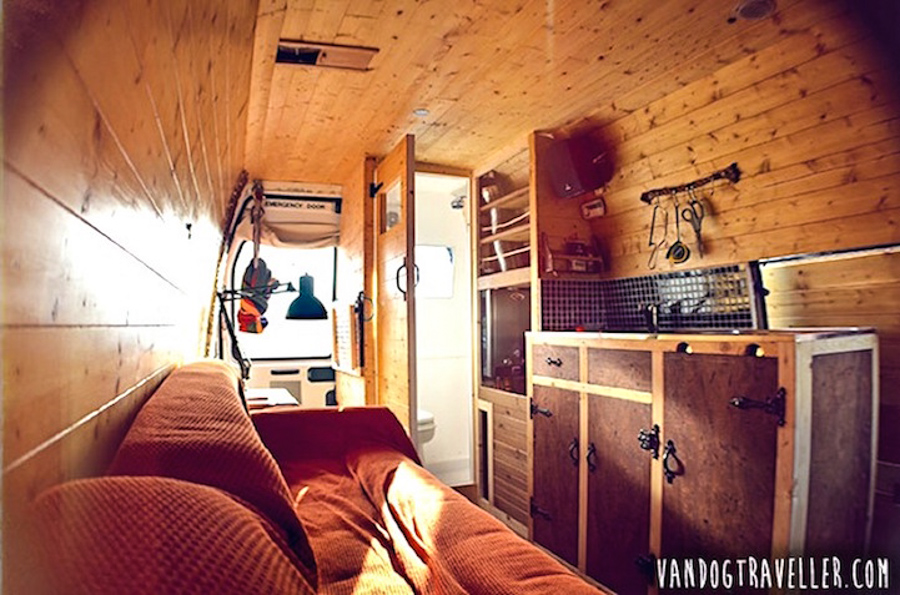 Hudson has grown accustomed to a compartmentalized life since everything he needs is available practically within arm’s reach. He even predicts a rise in this lifestyle for future generations.

“More and more people are starting to look at the alternatives, just look at the off-grid and tiny-home movement,” he said.

Within the past two months, Hudson has seen some prosperity in creating revenue from his blog, Vandog Traveller, possibly allowing him to extend his travels. Even so, Hudson admits that the idea of continuing this as a permanent lifestyle is somewhat a façade.

“Nothing is really permanent in life really, and this is one thing I’ve learnt from doing this. The feeling of permanency isn’t really real. For now, I really want to carry on like I am.”

It has a stove… 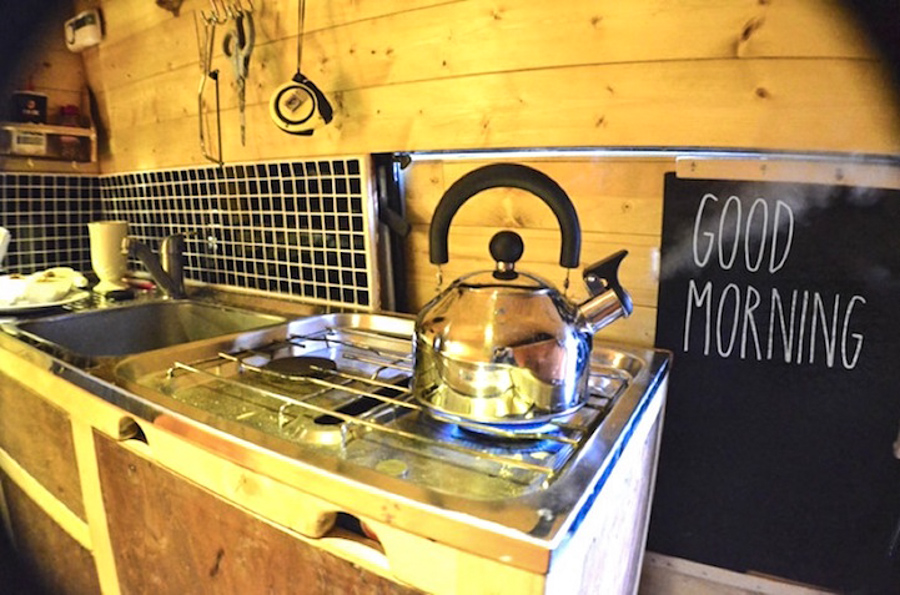 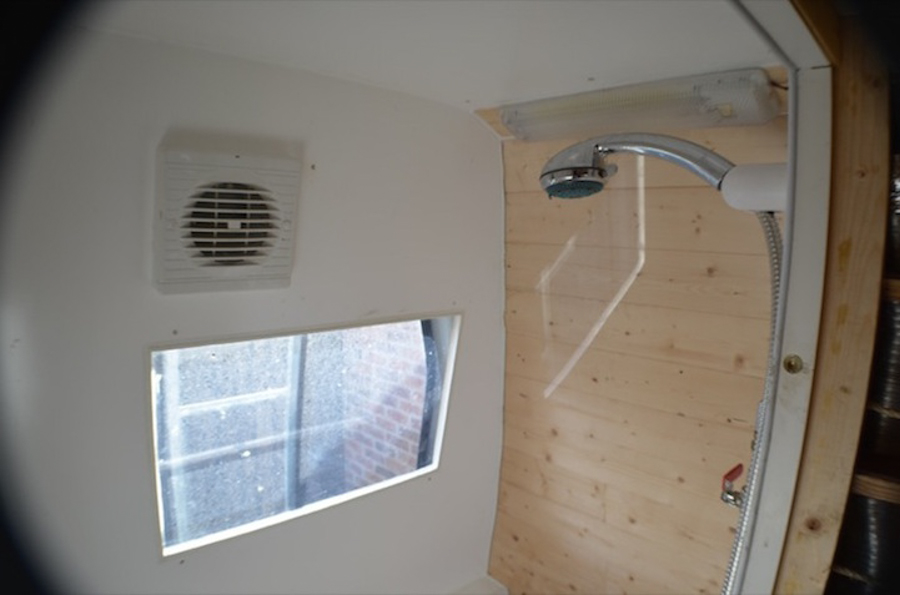 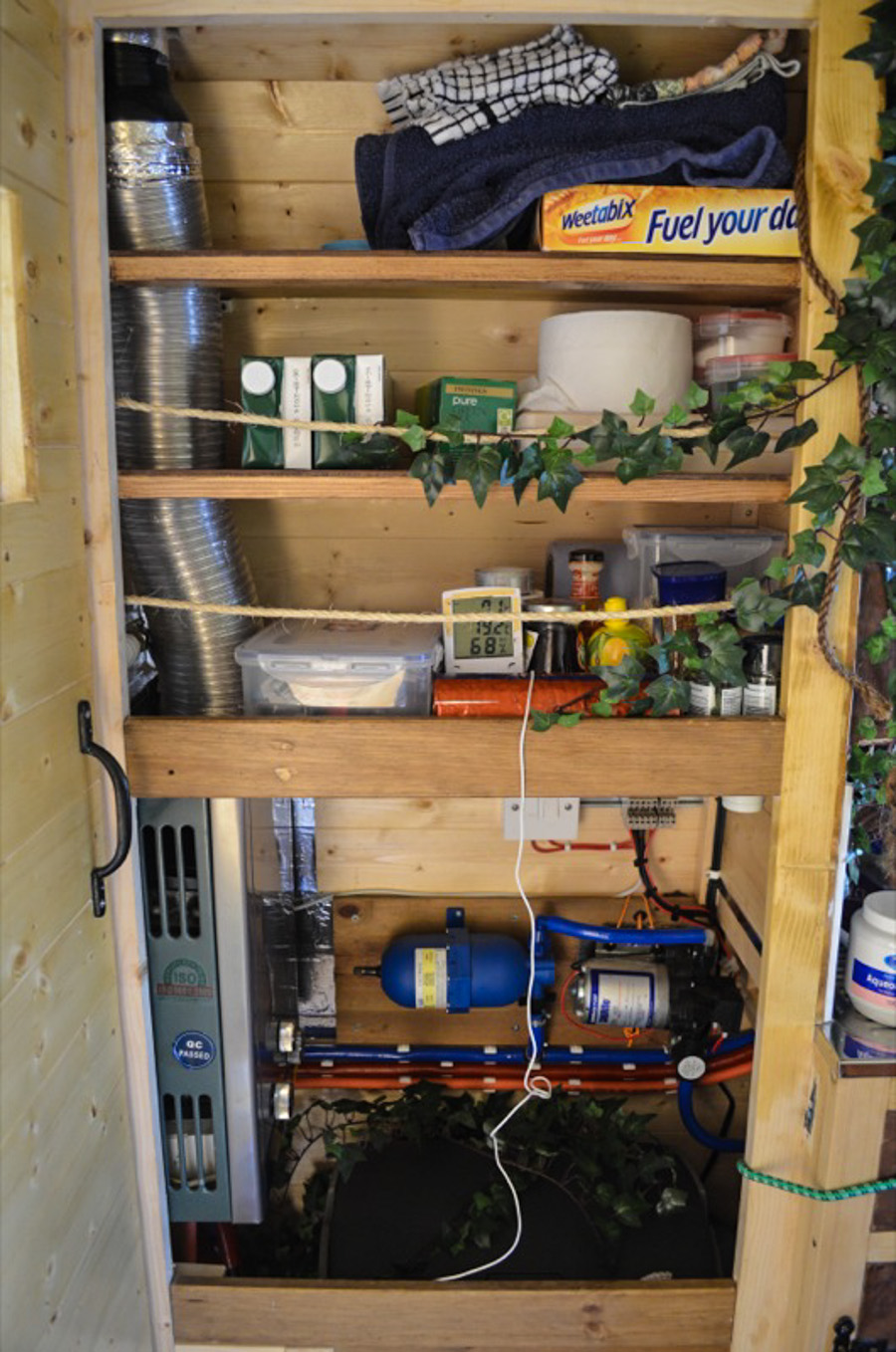 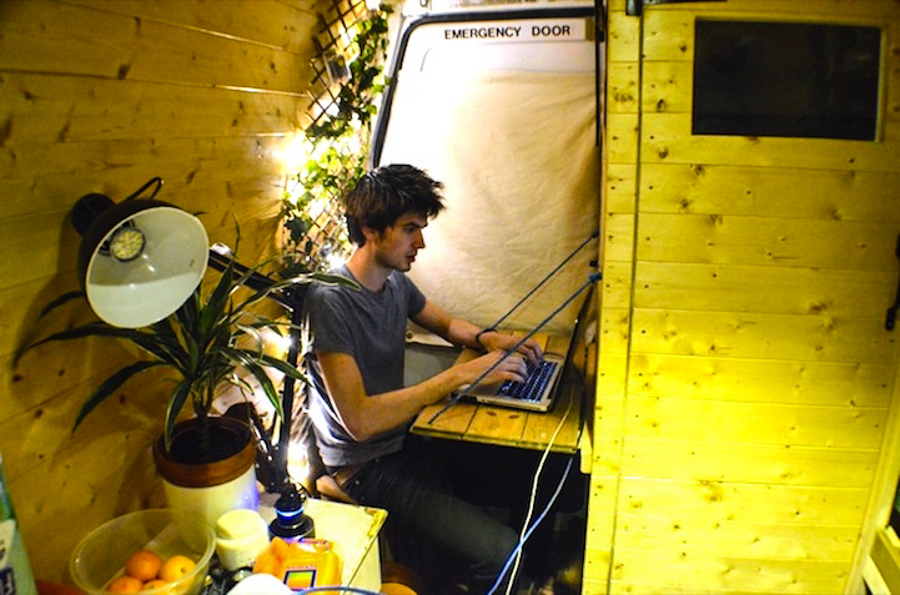 …and even solar panels. 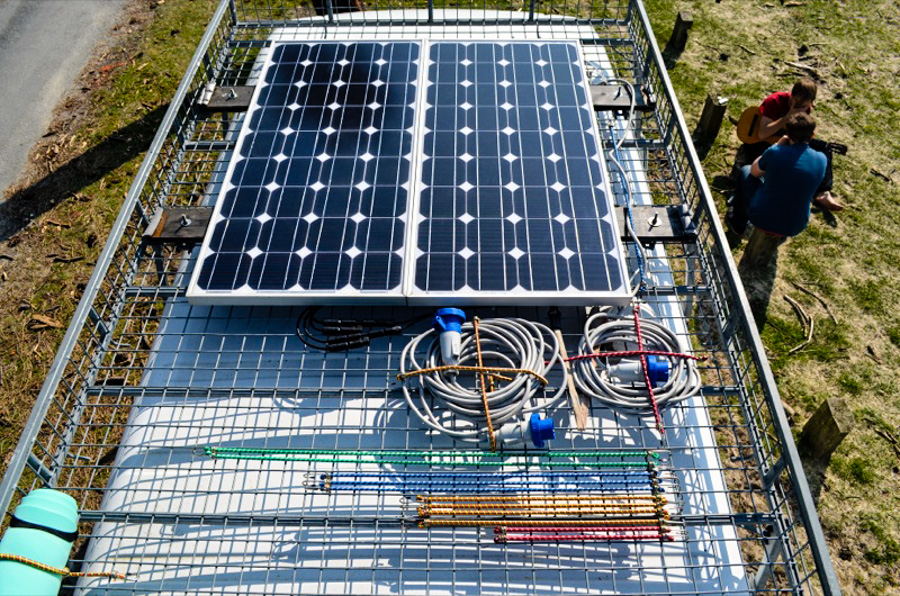 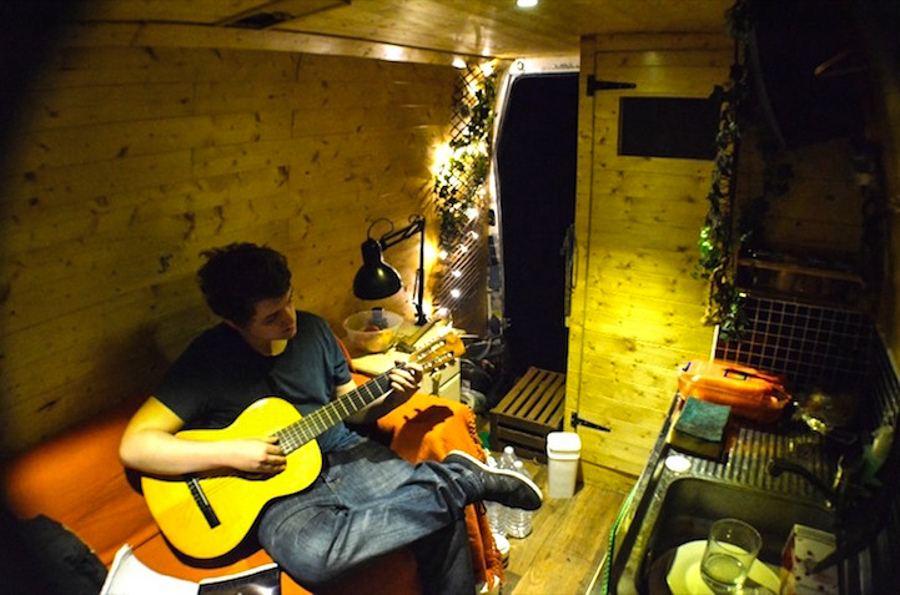 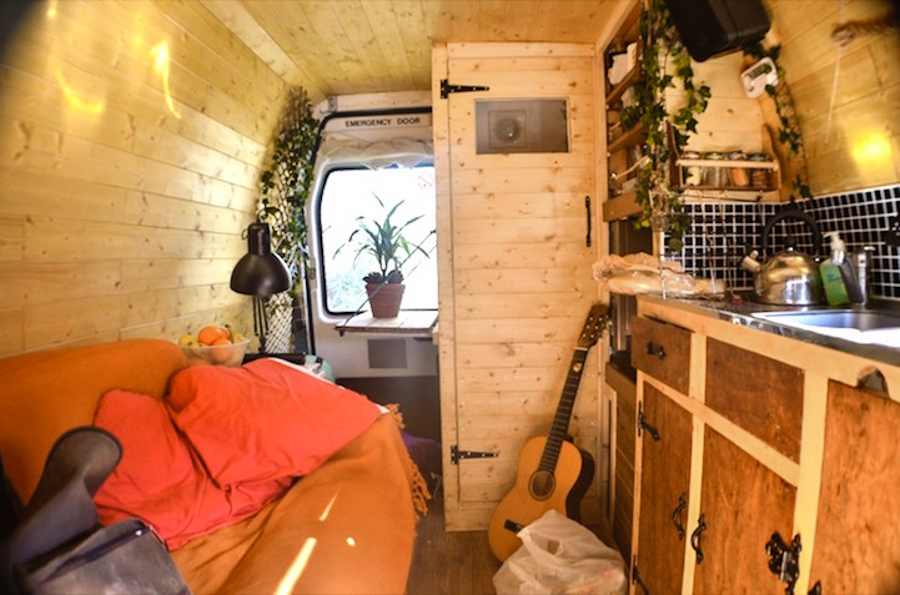 Mike recently travelled with the van to Spain. 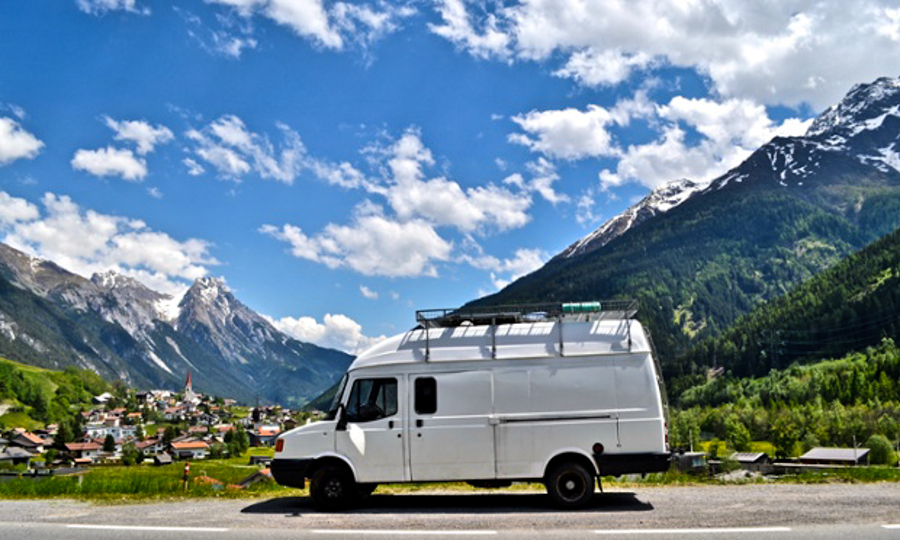 He has been travelling all over Europe and found himself in Austria for this picture. 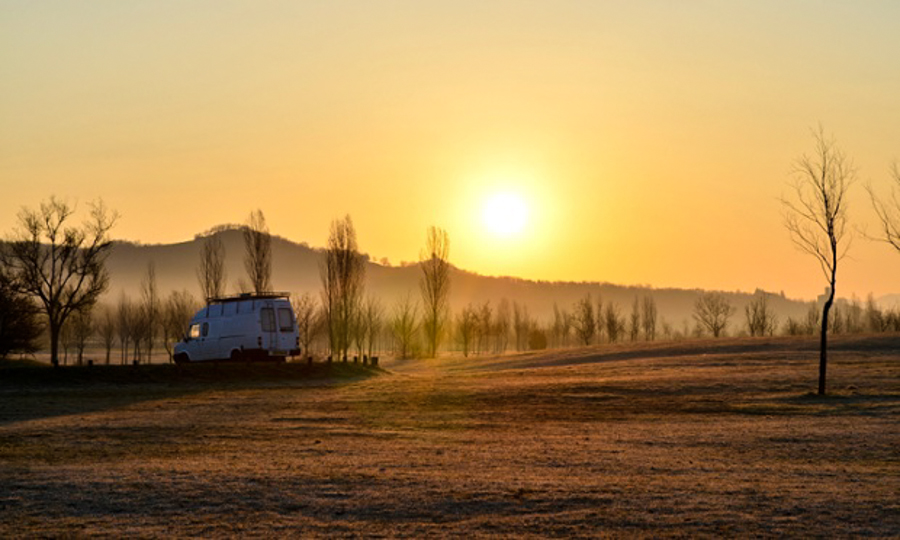 He has realized that you don’t need much to pursue a life of passion. 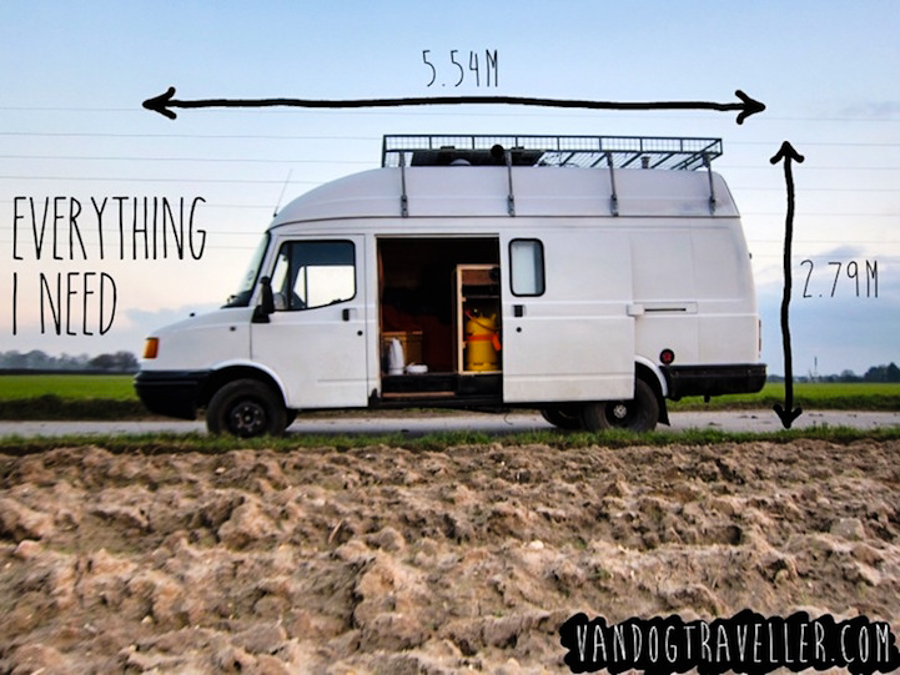