NASA has begun planning the first manned mission to Mars

NASA has released plans to embark on two incredible landmark missions in the upcoming future: landing humans on an asteroid by 2025, and on Mars in the 2030s.

Mars is a planet, which has long captured the curiosity and imagination of humans, between fantasies of finding alien life forms and the prospect of migration in the case of an earthly apocalypse. We’ve gained an increasing understanding of the red planet with the help of the 2004 Mars rover named Opportunity, making the important discovery of ice on the planet’s surface, indicating the possibility of life on the planet after all—no matter how small it may be. However there’s only so much that can be understood through the eyes of this smart-car sized robot before necessitating actual human contact with the planet.

On Thursday, Dec. 4th, 2014, NASA released the first test flight of the Orion spacecraft, orbiting the planet twice before returning to Earth safe and sound in an unmanned mission to test Orion’s system and design. This test flight—the first of many—was crucial in determining the safety of the spacecraft for prospective astronauts. After all, this will be the first crew set to explore deep space since the moon-landing missions of the 1960s and ’70s.

The first astronauts will board Orion in 2021 for its first ever crew-operated flight. This flight will be one of many calculated baby steps towards the 2025 goal of asteroid exploration, and of course the 2030’s mission to Mars. 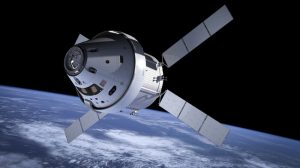 Currently, astronauts operating from the International Space Station are working to determine the best ways of protecting the human body against the adversities of long-term deep space travel. Other researchers are working with current Mars rovers to prepare a detailed understanding of the planet’s environment.

For most of us, it’s difficult to fathom the immense distance between Earth and Mars. This website designed by David Paliwooda and Jesse Williams puts it into perspective for us—and it’s incredible. The mission to Mars will be a journey of at least 150 days, meaning almost six months of travel time for the astronauts bound for the red planet. A great adventure no doubt, but tough to imagine: spending half a year inside of a small spacecraft, immersed in the never-ending darkness that lurks outside your window.