Jerud and Ching roll their mountain bikes into and over the cascading mountains of the pathless Northern Pacific. Most days, they’ll spend their afternoons chasing the rugged and unfamiliar terrain and return to their trailer in the late evening to prepare dinner over a modest propane stove. 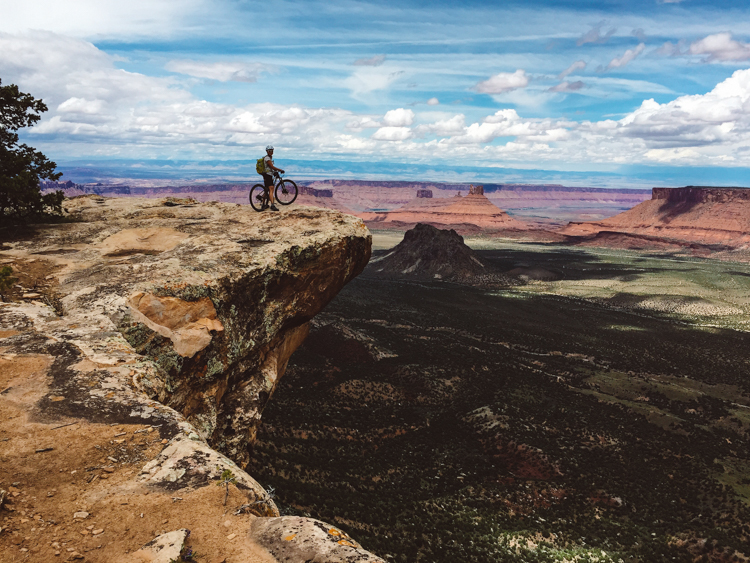 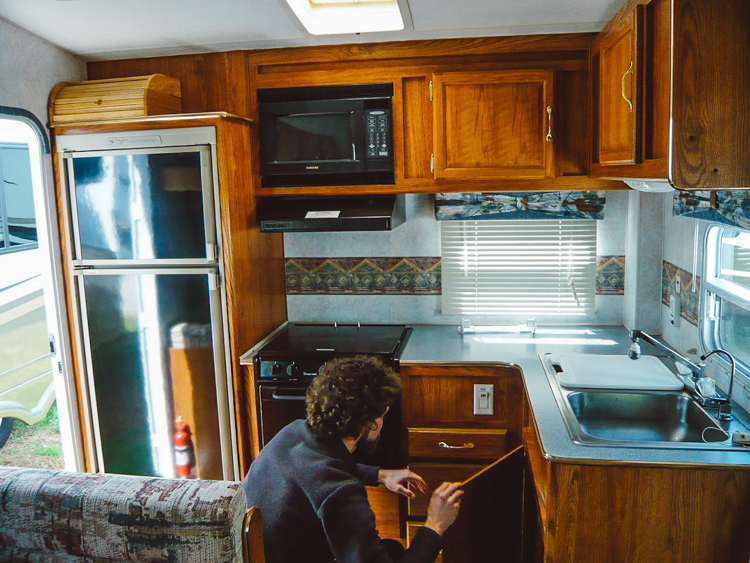 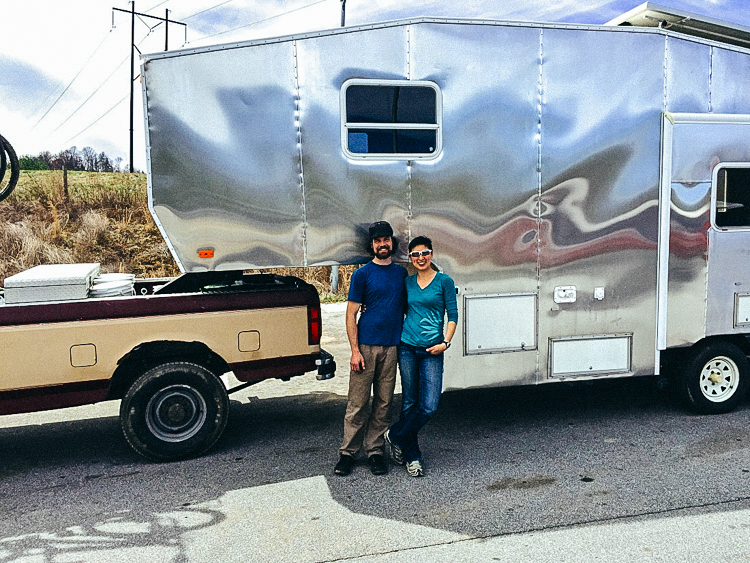 In America, the need to evade the soul-crushing claustrophobia of mortgage debts, piling bills and high-buttoned white collar shirts has collided with increasing free-lance opportunities and the financial relief of renewable technologies. The result is a lifestyle movement that prioritizes a home’s mobility and simple function over size. Understanding how downsizing your living space can expand and boost your quality of life, Jerud and Ching moved out of their North Carolina suburb and into a 200-square-foot trailer that hooks onto the back of a rusty 1999 Ford Super Cab Long Bed.

Freelance work and renewable technologies allow them to live free inside a 200 sq ft trailer pulled by a pickup truck. 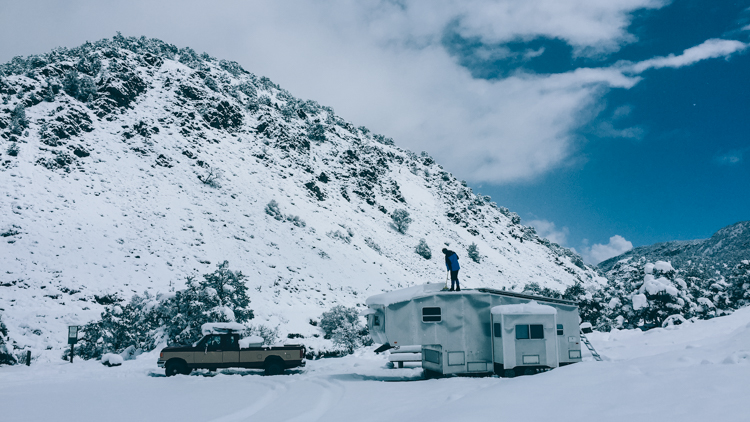 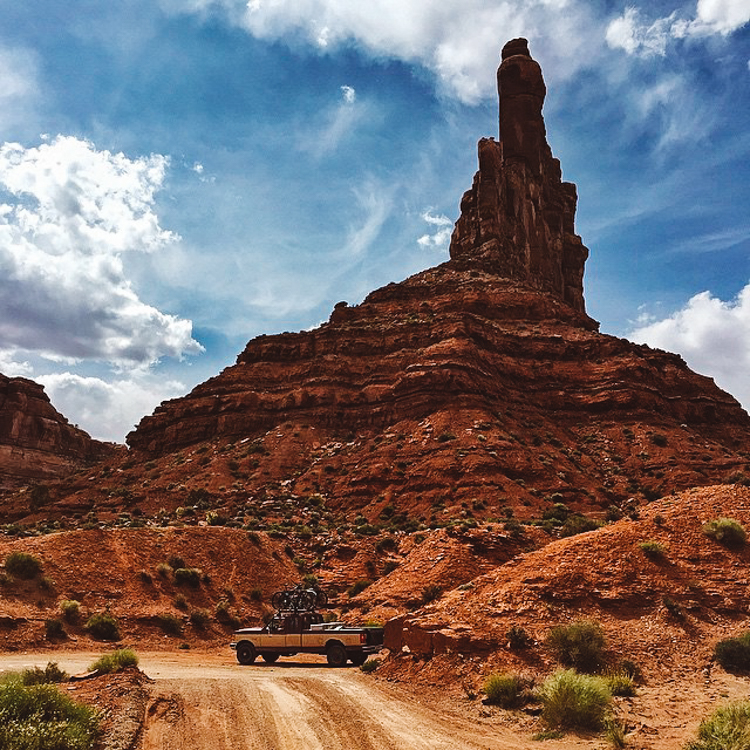 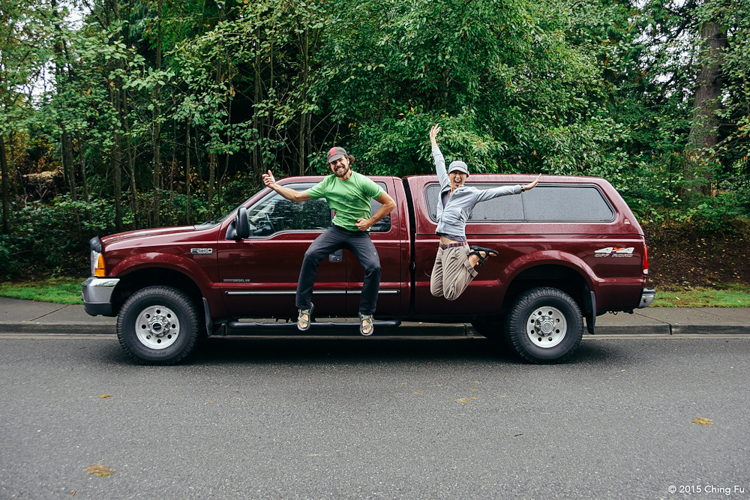 However, the couple’s mobile living space includes one simple but extraordinary advantage: it’s almost completely free to drive. Jerud and Ching’s truck runs primarily on waste vegetable oil (WVO), sourced free from restaurants where they scoop their fuel from unwanted used vegetable oil that would otherwise end up in the trash. Though the engine is also supplemented with diesel—an already-cheap fuel in its own I might add—they only need enough to start the truck and warm the engine, at which point they replace the fuel with WVO. Diesel is added once more before they shut off the engine to flush the remaining WVO from the lines. Not only does this allow them to drive across the continent on a nearly-zero gas budget, but they maintain that “our lifestyle and setup on the road is driven by our belief that with our passion for the outdoors comes our responsibility to take care of it,” as stated on their website.

The truck runs on waste vegetable oil, so as long as there’s a restaurant with unwanted oil, mobility is free. 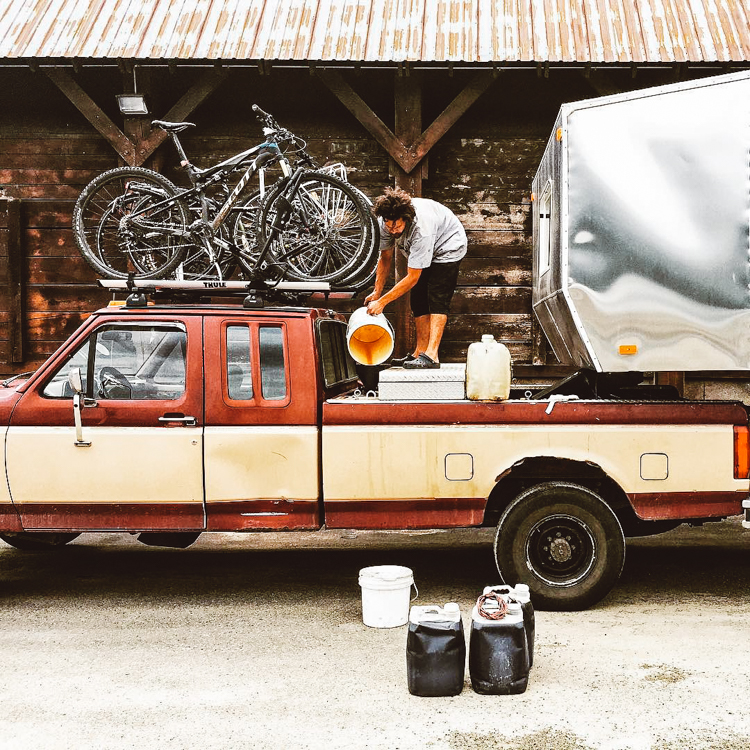 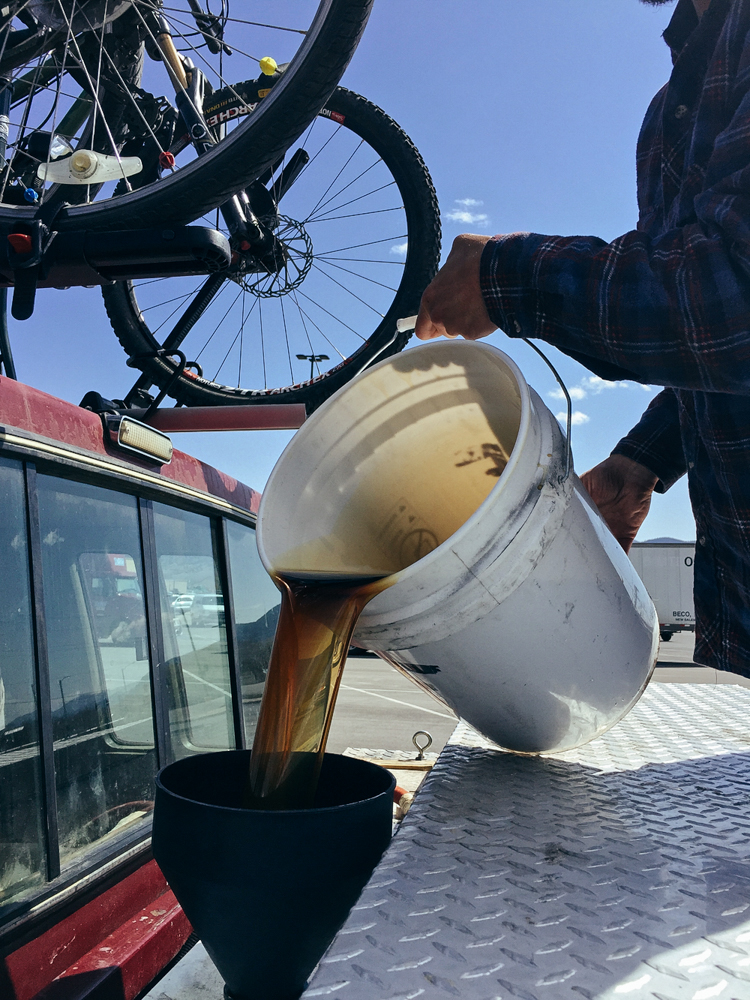 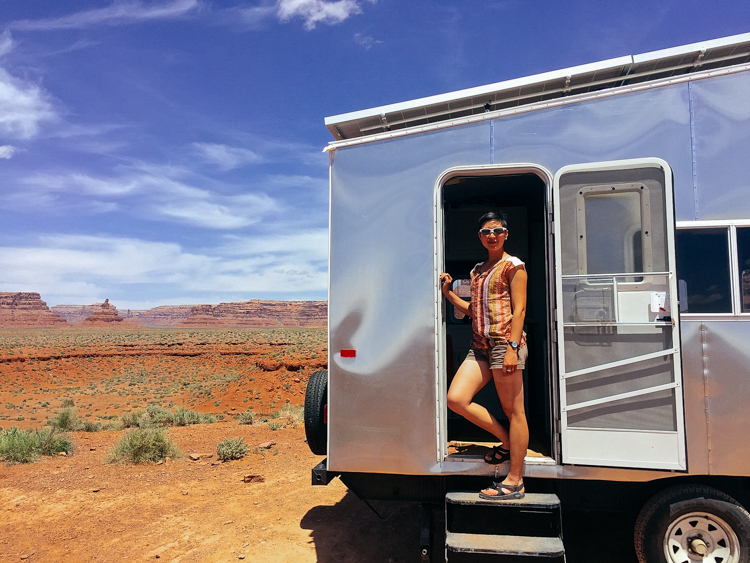 The couple officially set off on the road with their two dogs nearly a year ago. Renovations that were only intended to last a few months dragged on for an entire year thanks to a faulty roof that needed replacing and the resulting water damage that would ultimately call for an entirely new outer shell. $30,000 of renovations and installations later, the trip officially began on March 21st, 2015. And though the couple admits the RV was still less than prepared for the trip at this point, sometimes the consequences of remaining still outweigh those of under-preparedness. 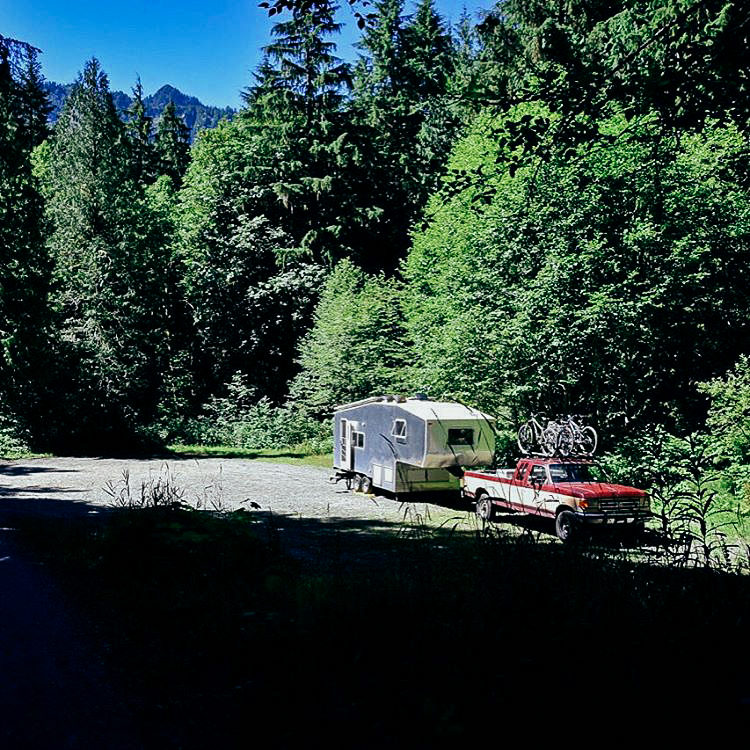 With a total of 200 square feet, the inside of their camper is spacious, with a shower, kitchen and full-sized fridge that operates on solar power. They also use a foot peddle-controlled sink to conserve water. As far as sewage, the company uses an Airhead composting toilet that converts the solid waste into natural plant fertilizer and the liquids—there’s no fancy way of putting it—end up in a piss-bin that needs emptying a few times a day. 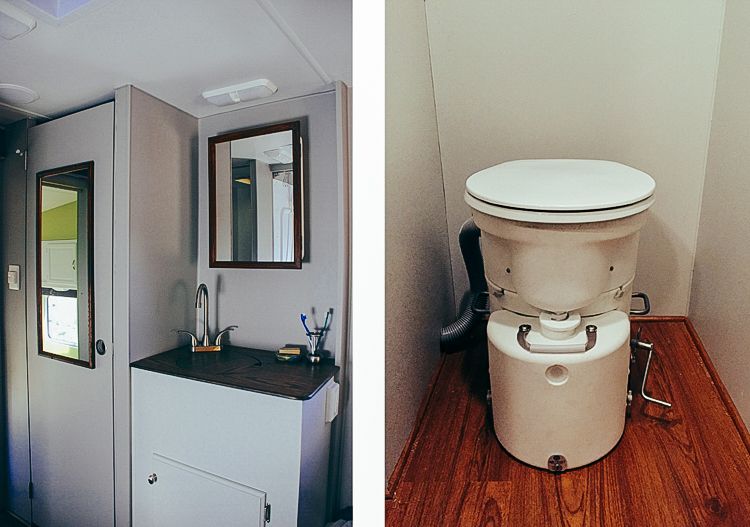 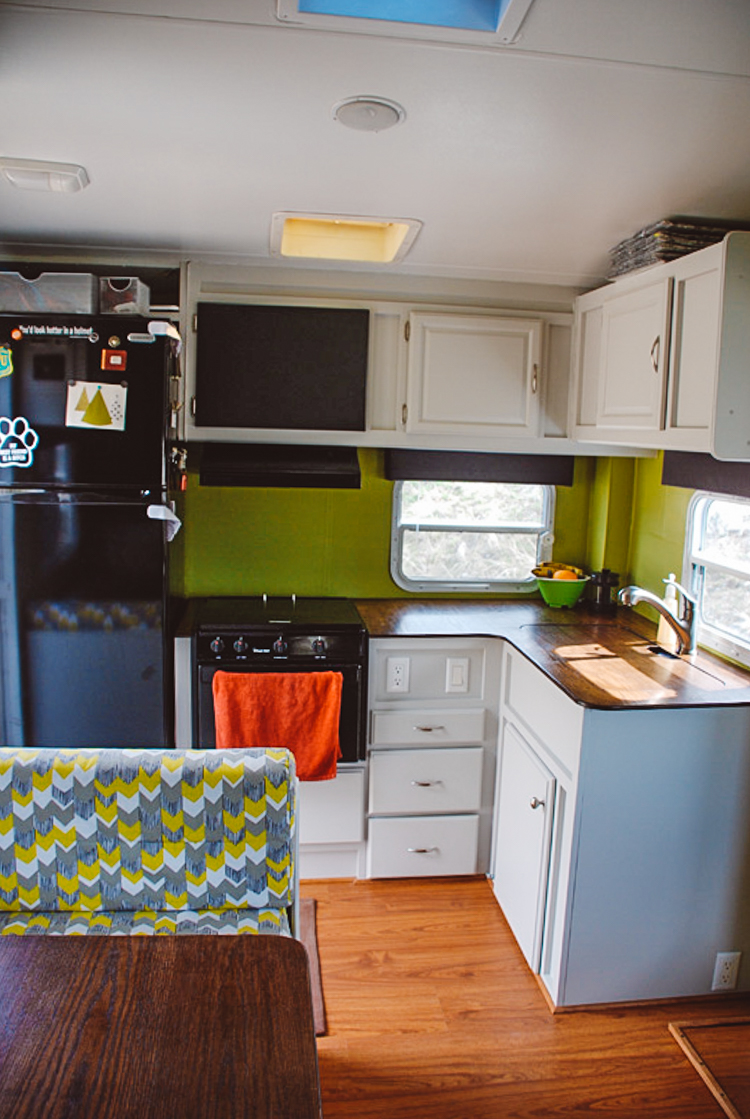 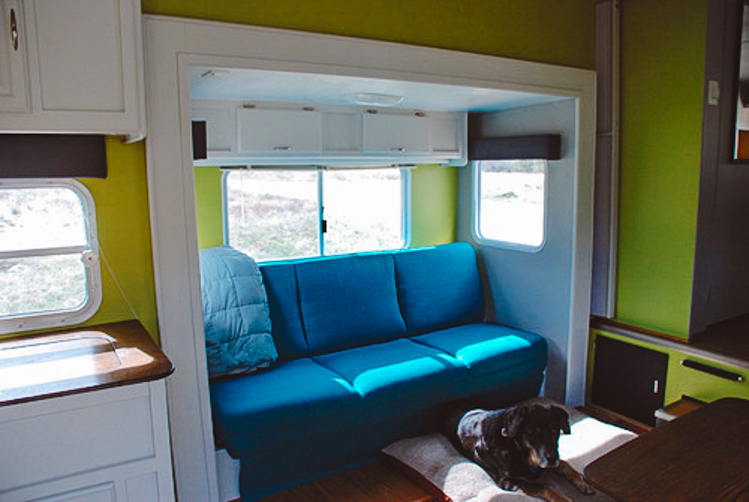 The couple stays afloat by working seasonal jobs whenever they run out of money, and by freelancing for “Internet based jobs” whenever possible. To keep appliance and environmental costs low, they’ve installed solar panels on the roof. Because travel and living costs are so low, the couple requires very minimal funding to keep the tires spinning, which—between WVO fill-ups and sleep—they plan to keep in motion long into the foreseeable future. 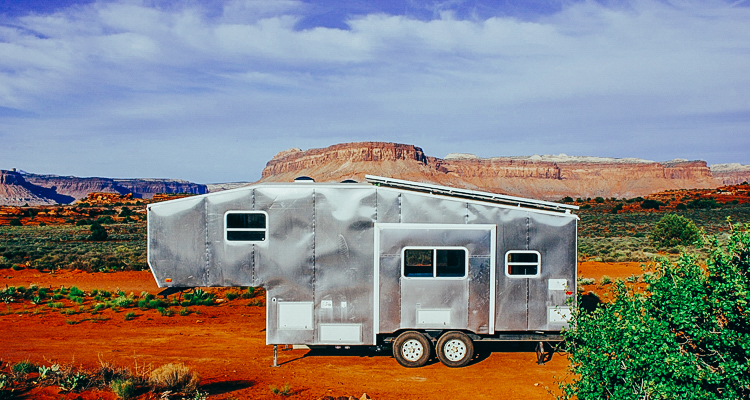 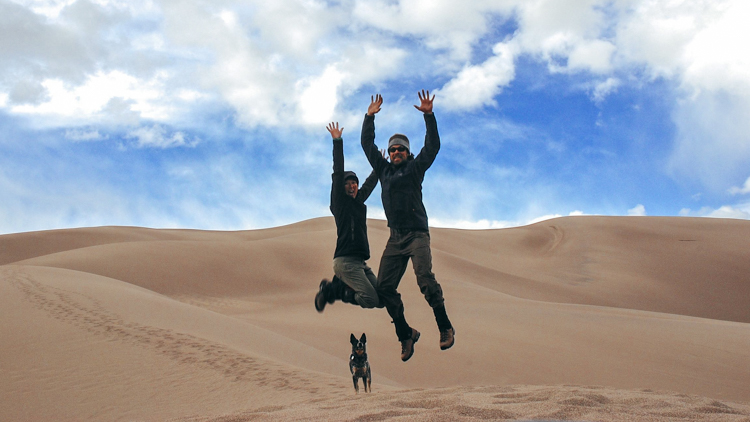