The Gobi Desert, a sparse, desolate and barren region inhabiting the middle-northern border between China and Mongolia. A vast canvas of cascading sand dunes and wide expanses of dry heat waves, shimmering through are works of natural beauty. But they are also the symptom of one of the most alarming environmental issues in Asia. Encompassing an area of 1.3 million square kilometres, the Gobi Desert is the fifth largest desert in the world, and is rapidly desertifying parts of China.

The Gobi and the Taklamakan Desert in the Northwest of China regularly blow sandstorms west, shrouding the country’s capital, Beijing, in a cloak of sand. The expansion of the desert is also a product due in part to the massive deforestation China had done over the years to make room for advancements in both farming and mining.

A country rich with massive accomplishments in architecture and structural wonders, China has its Great Wall heralded as one of the world’s greatest wonders and achievements. It was originally built to keep the invading Mongol hordes from China’s border. Now, China’s building a great green wall around the Gobi Desert instead.

In an effort to combat the loss of its grassland to the Gobi Desert, the Chinese Government started the Three-North Shelterbelt Project, also known as the Great Green Wall in 1978.

Their plan: have a 4,500 kilometre area along the northern part of China’s deserts covered in 100 billion trees.

As of today, over 66 billion trees have been planted with methods such as aerial seeding and cash incentives to farmers who plant trees, shrubs and other greenery.

A study led by Minghong Tan of the Institute of Geographical Sciences and Natural Resource Research in Beijing states that the project is currently seeing positive results. “Vegetation has improved and dust storms have decreased significantly in the Great Green Wall region, compared with other areas,” said Tan to New Scientist. 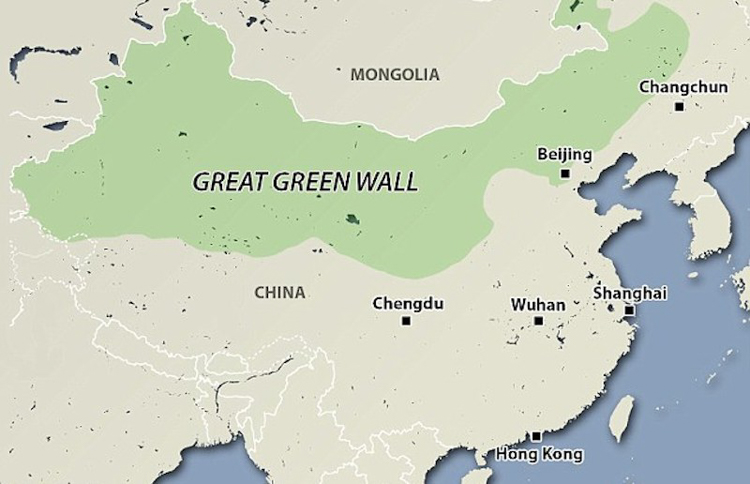 The plan however has faced some criticism, with researchers such as Hong Jiang of the University of Hawaii at Manoa saying that the plan is destined for failure because of China’s aggressive rush to plant trees. “Instead of controlling nature, we need to follow nature,” Jiang said to New Scientist.

David Shankman of the University of Alabama in Tuscaloosa argues that it isn’t clear how sustainable the trees in the Green Wall would be. “What is the mortality rate of planted trees? What happens when they die? And how do these trees affect grass and shrubs, which in general are more resistant to drought and more effective at erosion control?” said Shankman to New Scientist. 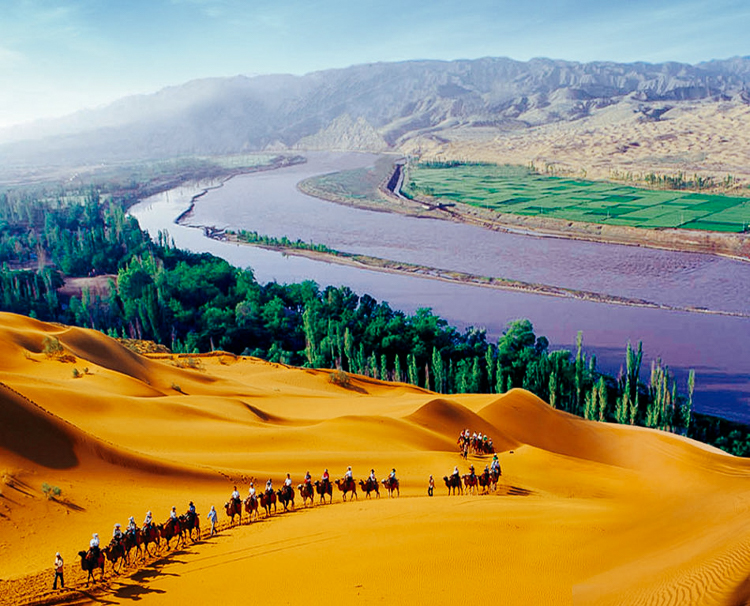 Cao Shixiong of Beijing Forestry University estimates that that just 15 per cent of trees that were planted on China’s drylands since 1949 are still surviving, with most of them dying from age.

Projects similar to this have been done before, as was the case in 1934 when U.S. President Franklin D. Roosevelt established the Great Plains Shelterbelt. About 220 million trees were planted by 1942, entrenching an area of 29,900 kilometres from Canada to the Brazos River.

Another project being done in Africa called the Great Green Wall of the Sahara and the Sahel Initiative (GGWSSI), was launched in 2007 by the African Union (AU) and plans to reverse the effects of land degradation and desertification.

“In North China as a whole, we think the environment is getting well,”  Tan told New Scientist.