Not all charities are created equal

There is an unspoken assumption that charities will give away most of their profit. Between fundraisers, worker salaries, fees, and advertising, the true question stands: How much profit is left to support the suffering people who need it?

To qualify for exempt charity status, according to the IRS, “The organization must not be organized or operated for the benefit of private interests, and no part of a section 501(c)(3) organization’s net earnings may inure to the benefit of any private shareholder or individual.” According to official standards of the Better Business Bureau, a charity must spend at least 65 percent of its total expenses on program activities and no more than 35 percent of related contributions on fundraising.

The public interest must not be undermined, and a board of stakeholders must manage the charity. None of them can be related by business, marriage, or blood, and more than half must be unpaid by the organization.

Unfortunately, there will always be charities that see a large profit margin in the generosity of strangers. 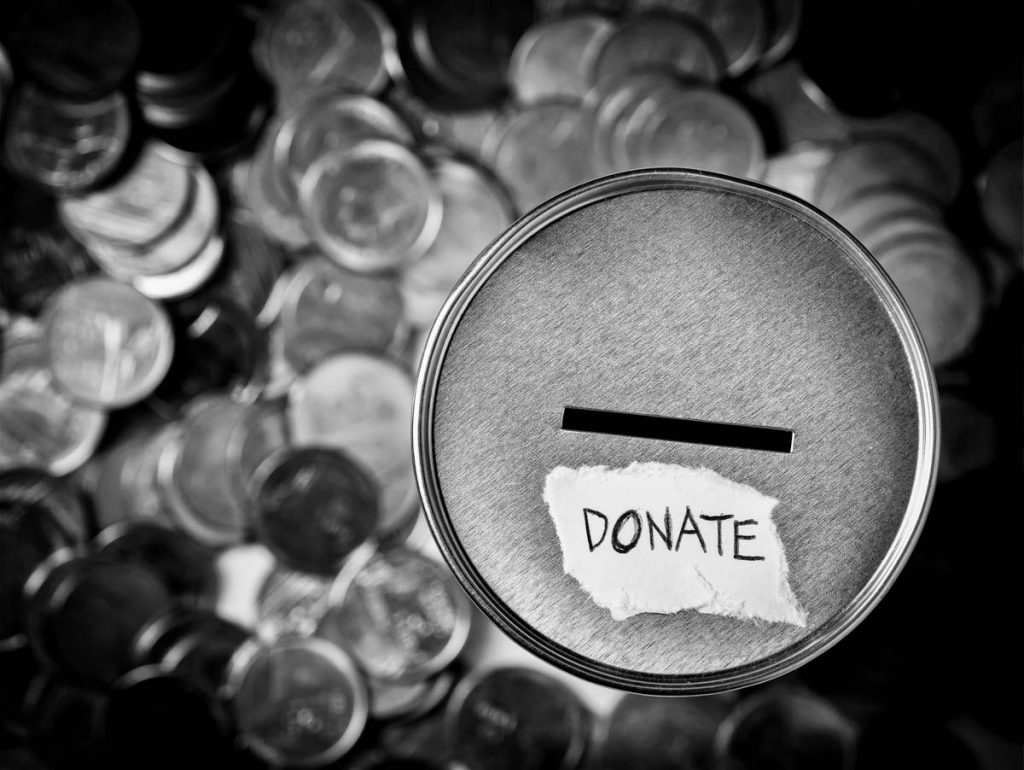 Charities considered to be the “worst” donate less than four percent of their profits to direct aid, instead concerning themselves with salaries and marketing and advertising plans. According to the CRA, in their revocation of charitable status, a Canadian charity by the name of The Orion Foundation was receipted $91 million and spent only $70,000 on charitable activities.

Charitable donations are expected to help the deserving recipient, but more immediately they instantly gratify the donor, filling them with the warm sensation of helping others for a sliver of a paycheque. In this spirit of giving, many can become blinded by their own perceived kindness, failing to make sure that their money is actually helping those in need.

The Cancer Fund of America, started in 1984, proclaims that it is on the cutting edge of the fight against cancer, providing assistance to those who are too late to benefit from research. Unexpectedly, its main activities consist of “assistance” through the donations of gift baskets to cancer patients and families, which, while a nice gesture at a baby shower, does little to improve the quality of life for terminal patients.

Attempting to ride off the increasing public interest in the economic support of the fight against breast cancer, Phyllis Wolf started the American Breast Cancer Foundation in 1997. Since then, it has been called the most wasteful charity in the nation. Wolf’s son and ABCF’s co-founder, Joeseph Wolf, was also the owner of a telemarketing company, Non-Profit Promotions. During 2006, $5.2 million of the $12.7 million allotted for professional fundraisers went directly to Non-Profit Promotions, according to their fiscal tax form.

According to an independent charity watchdog, CharityWatch.org, “The A-rated Breast Cancer Research Foundation granted nearly $25 million or 87 percent of its budget to medical research, whereas the closely named F-rated American Breast Cancer Foundation (ABCF) spent nearly 87 percent of its budget on solicitations that included an educational message and only $357,500, or 2.4 percent, on research grants.”

This was not the only charity capitalize on a popularized cause. The Kids Wish Network, not to be confused for the Make-A-Wish Foundation based in Arizona, is one of many charities that imitate the popular name. Every year, they raise millions but donate mere thousands to the cause. Three cents to the dollar, barely more than two percent, is donated to sick children, while the rest goes to advertising and salaries. CharityWatch.org reports that KWN co-founder Mark Brenier still receives payments through a consulting contract with his separate fundraiser company, Amerasource, despite having resigned in 2010.

Social media has dawned a new age of fundraising, conveniently bringing what have been labeled as “slacktivist” initiatives to your computer screen. Everyone remembers Kony 2012, which swept social media until reports surfaced that the founders supported the violent intervention of the Sudan People’s Liberation Army and also suggested that only 30 percent of Invisible Children’s income went to programs on the ground. Now the fad-fundraising capabilities of viral trends make donators all the more likely to be duped with marketing models that often create more awareness for the trend itself than the disease it supports.

While CharityIntelligence.ca ranks The ALS Association, the organization responsible for the rise of the ALS Ice Bucket Challenge, at a relatively favorable B+, other charities will now be looking to employ similar tactics—those that build off impulse emotional response.

Ken Berger, The CEO of Charity Navigator, said on Airtalk Radio that he’s worried that the campaign is a “flash in the ice bucket” and “that [the campaign] doesn’t have long-lasting memory [and that] it doesn’t really educate most people on the issue.”

Simply, donators need to make more informed decisions about where they are donating their money instead of simply participating for the sake of participating. Maybe targeted nominations aren’t the best way to allow a potential donator to assess how best to maximize their donation.

Remember, informed donors rarely donate over the phone or without proper research. Any legitimate charity should have their financial records available online. The main item to keep an eye out for is the charity and non-profit stamp of approval: tax exempt status, or 501(c)(3).

Don’t be a victim of misinformation. Not all charities are created equal.