Cabo Polonio is a completely off-grid village of hippies, fishermen and star gazers

In Cabo Polonio, located on the eastern coast of Uruguay, sits the perfect beachfront getaway that is completely off the grid. The remote village dates back to the 1960s, where hippies, squatters, and fishermen have been building the establishment as a private getaway and fishing area.

Since then, the village has grown to have stores, hostels, restaurants, and a few hundred two-room homes for tourists. There is no running water or electricity from the conventional grid. Solar panels are found on the upscale dwellings on the north side and businesses are powered by gas generators or wind turbines. Rainwater is collected or residents get water from a nearby well. At night, homes are lit with candlelight, which are made at the local shop. Cabo Polonio is also known to have the darkest sky and the brightest stars on the Uruguayan coastline due to the lack of light pollution.

Cabo Polonio is well known for the brightest stars on Uruguay’s coastline due to extremely low levels of light pollution. 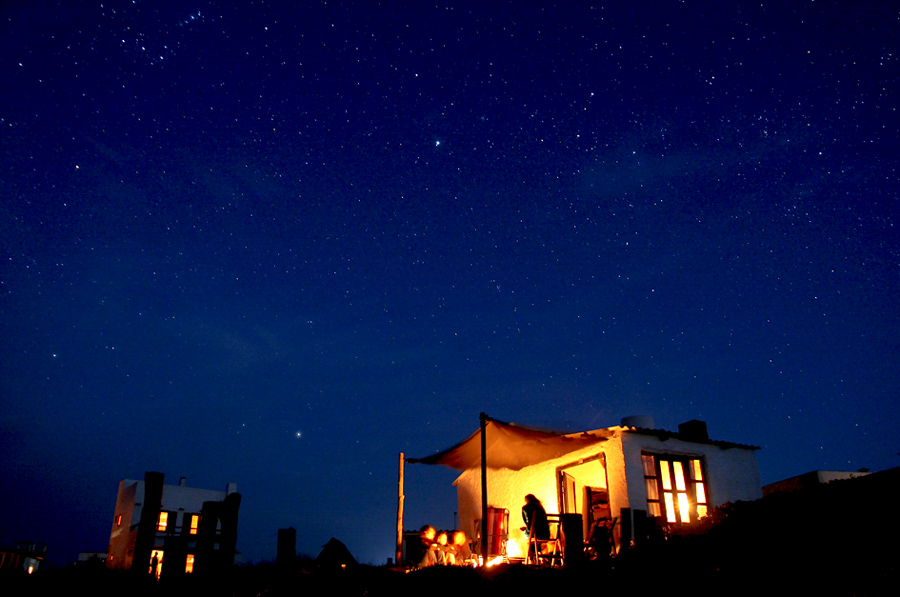 The homes are built with tinted glass bottles in the walls and bamboo frames, and since their construction they have become a popular destination for hippies in Argentina and Brazil, also attracting the likes of artists and poets who take advantage of the peaceful getaway for creative headspace.

There are no roads that connect to any neighbouring towns, so tourists must travel through the dunes that surround the village by foot, horse, or in four-by-four vehicles. The lighthouse on the tip of the peninsula on the opposite side of the village is the only building that is connected to the power grid.

Most of the time, Cabo Polonio is overlooked, as there are high-end hotel resorts about 80 kilometres from the site, with a bustling tourism industry valued at $2 billion a year. Cabo Polonio alone receives over 1,500 visitors a day in the summer, which has sprouted some hotel-chains, but many true travellers who stay the night prefer the unique experience of renting exotic and sustainable homes of locals instead of luxury high-end hotels. 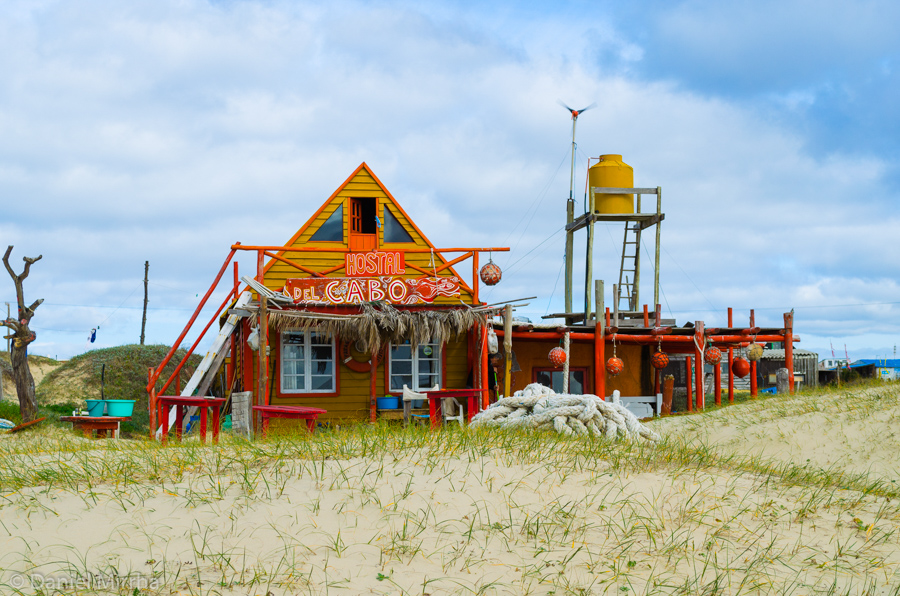 Cabo Polonio’s legal status has been in limbo since it sits in a national reserve. More than half of the land where buildings stand is owned by the state, and the battle over property rights has caused controversy for decades, according to The Guardian. One restaurant owner said in The Guardian, “Uruguay wants a piece of us, but do we really need to be a part of Uruguay?”

Locals often sit by the beach watching for sea lions or whales, occasionally smoking a joint in the process. Some tourists hire horses, venture to the lighthouse, or head to the local bar to sip some beer, though what brings visitors back to the beachfront is the escape from bright lights and loud cities to lounge around in tiny homes or hammocks and feel complete isolation in this quiet oasis.