Wandering the moonlit streets of St. Petersburg, Russia, in search of subjects for her latest project, photographer Irina Popova noticed a young tattooed woman pushing her daughter in a stroller while stumbling with a drunken swagger. After sparking conversation with Lilya, the two took to each other immediately and soon enough, Popova was invited back to the cramped, decaying apartment that Lilya shared with her long term boyfriend, Pasha, and their little 2-year-old Anfisa. 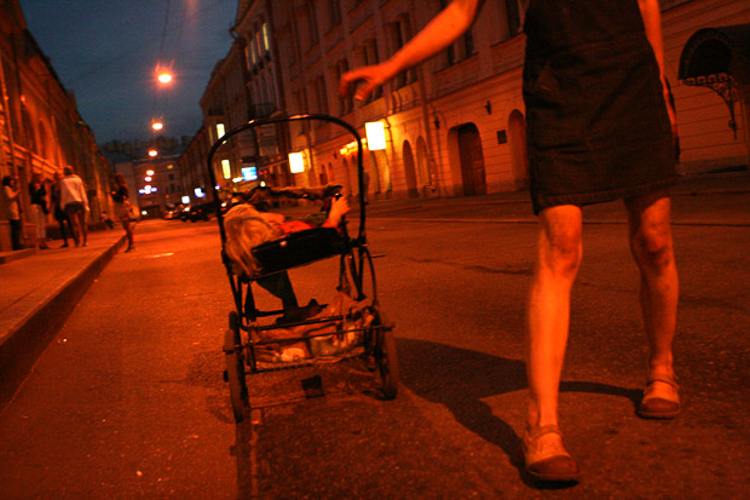 Over the next two weeks, Popova photographed the chaotic life of the family whose home was often filled with booze, drugs, and a constant string of wild parties. Her intimate photos reveal the unnerving moments and heartbreaking truth of a family love that has no limits.

“Maybe it’s weird, but my intention was to talk about the possibilities of love on the margins of society, and I hoped to bring more understanding, to build a bridge between people and to raise awareness that bringing up a child is not an easy task,” says Popova. 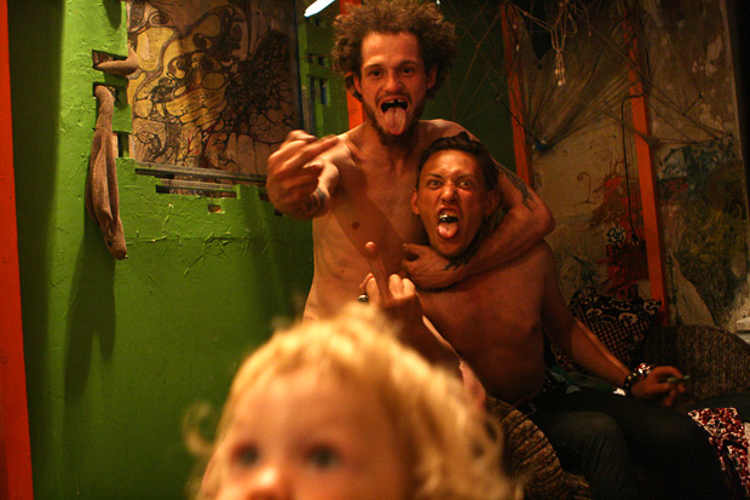 When her book Another Family was published, outrage quickly ensued, many couldn’t stand to watch the dangerous display of negligence they perceived was polluting this child. All too frequently, the full story is not completely evident within a photograph, “the truth is that life is complex and there are many situations too complicated to be judged,” responded Popova who witnessed the enduring love Pasha had for his child, as he gently kissed her feet or carried her off to school. Can love and affection also not exist within these circumstances?  “I thought it was important to make people think more about the level of truth which they usually don’t want to think about,” says Popova.

When the photographs were taken, Popova was only a 21-year-old photography student, unready for a public backlash against her for publishing such controversial photos. For her, it brought up an important question that affects every documentary photographer in at least one point in their career: “can I continue working or should I stop and try to help solve the problem I am witness to?”

Lilya and Pasha are resting on the pavement after a long period of drug-using and alcohol drinking. 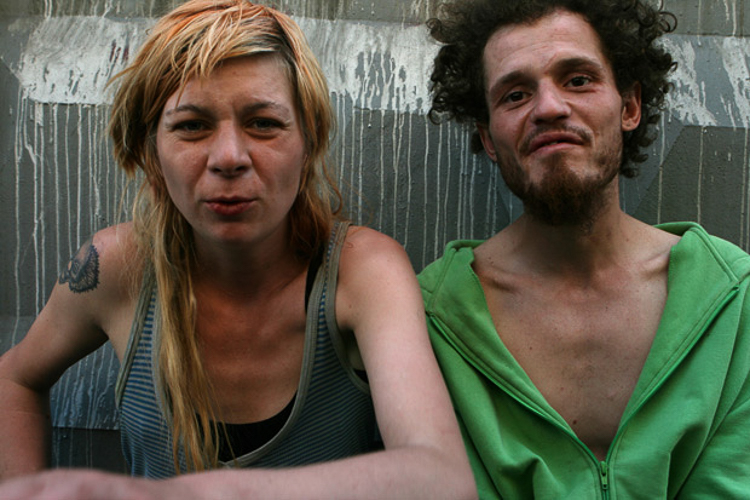 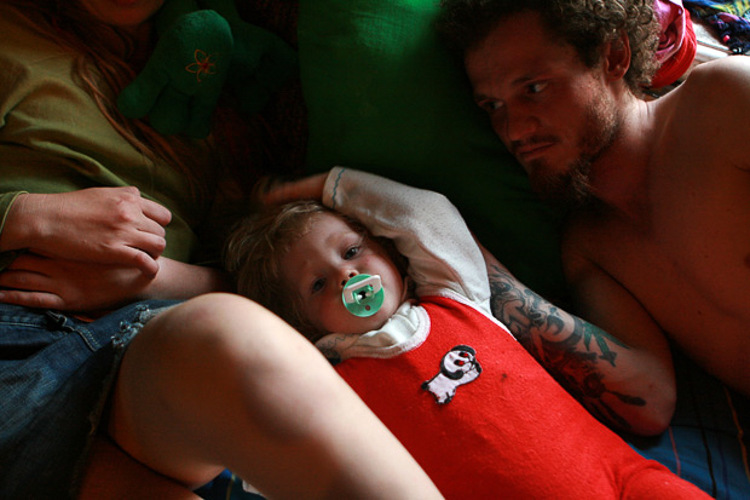 Anfisa is playing with the cigarettes of her sleeping mother. 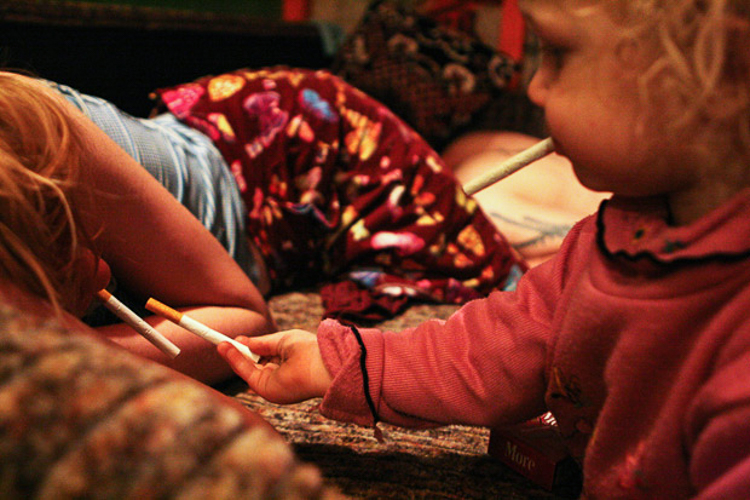 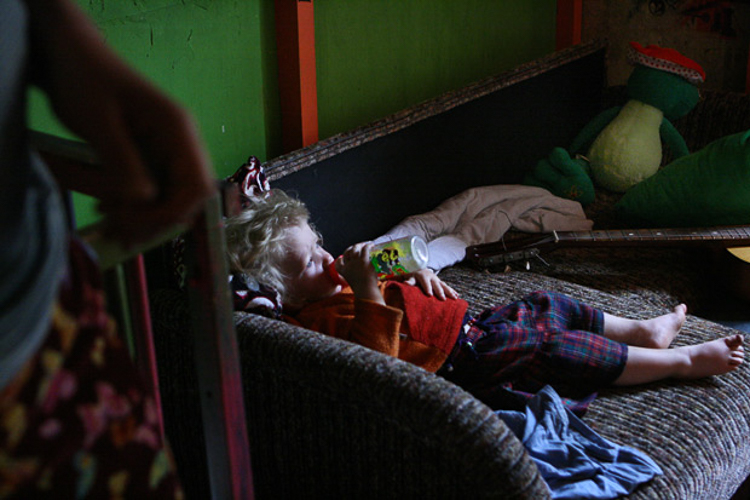 Lilya with Anfisa on her second birthday. 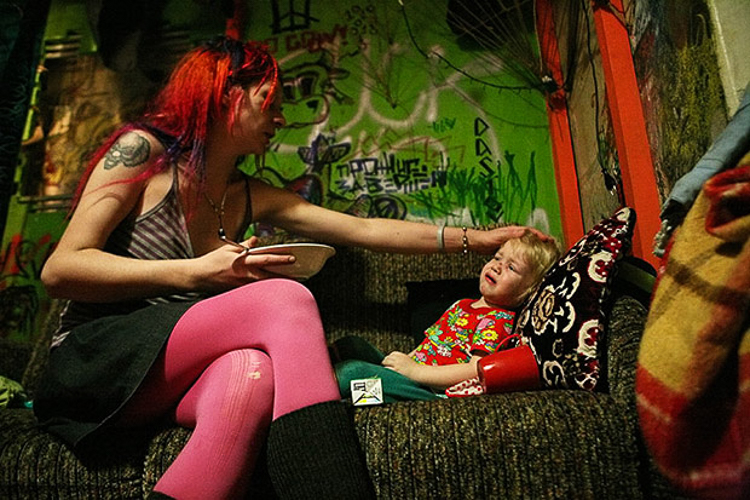 Anfisa is seemingly in danger as she comes close to the window edge in her parents’ apartment. However, there’s a safety net that is not clearly shown in the picture. 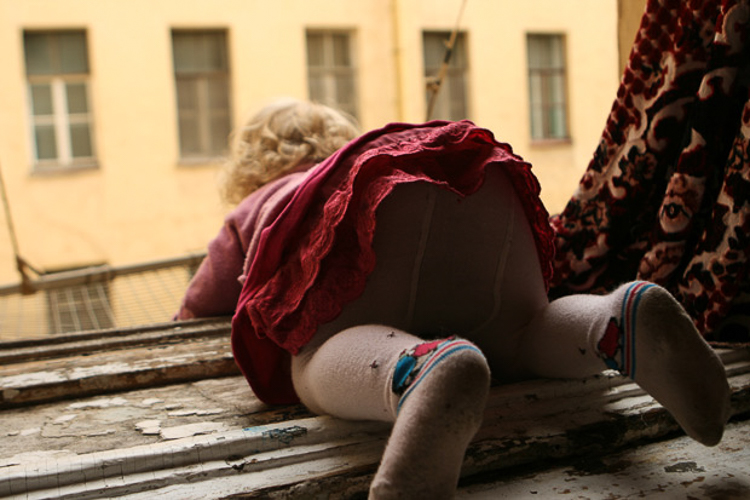 Lilya is asking car drivers for money, using her little daughter as an argument to give her money for her child’s food. But at the moment she needs money for alcohol and cigarettes. 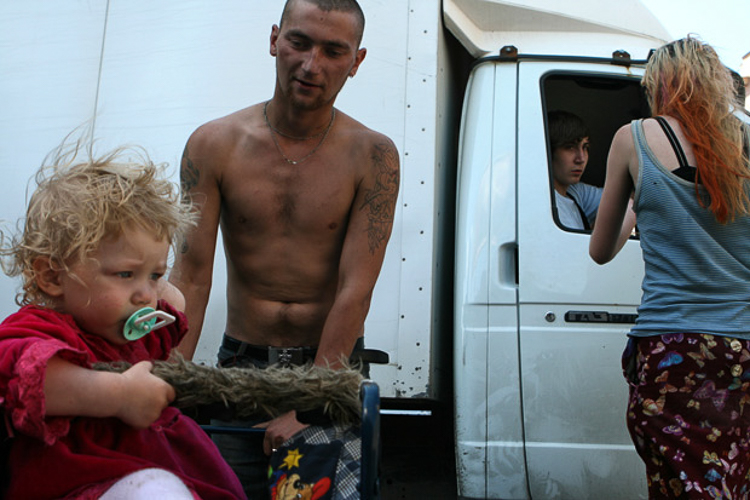 Lilya and Pasha had an argument about money on the street. They went in different directions, but at the last moment, they both looked back. 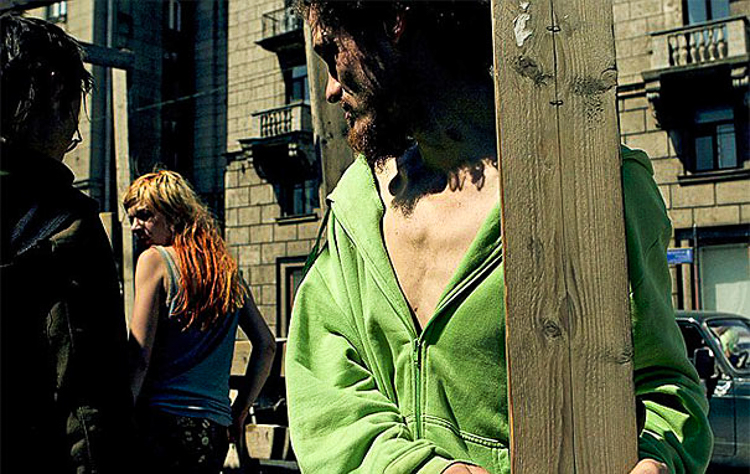 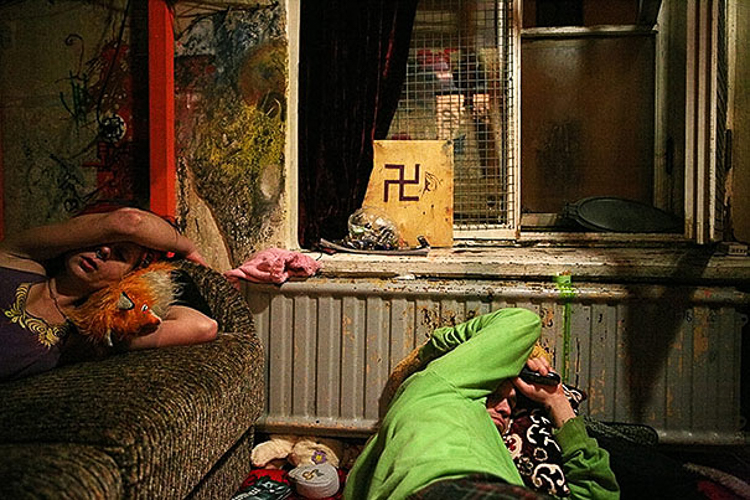 A stranger hugs Lilya while her daughter looks on with surprise. 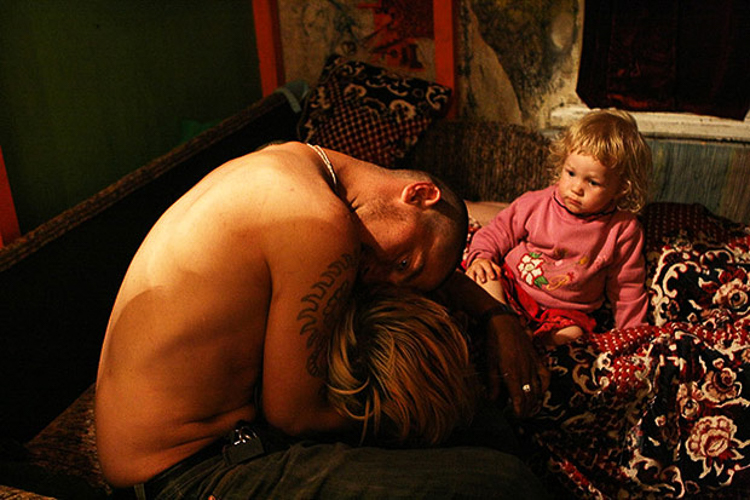 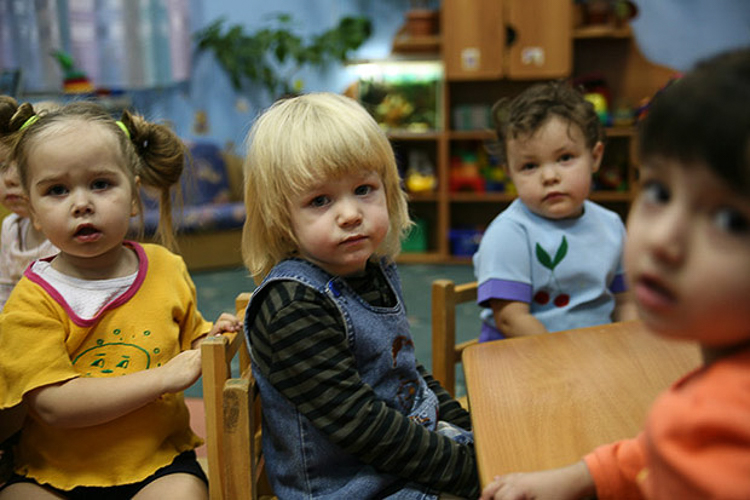 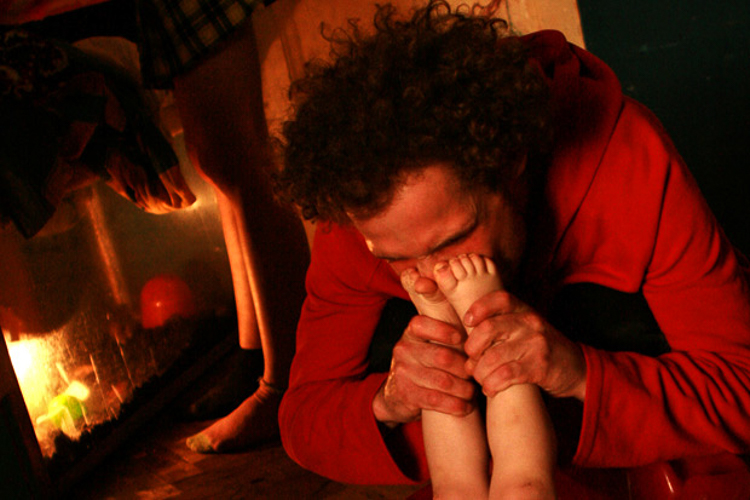