Far off China’s eastern shore lies the once-thriving and now-abandoned community of Gouqi island, which has received its fair share of attention from the stunning photography of Jane Qing. Gouqi is clustered into a group of about 400 other islands known as Shengsi, but seems to be by a long shot the most photogenic. Still, the Shengsi islands attract more than 100,000 fishermen in the winter, according to Amusing Planet.

This group of islands is the largest in China, where fishing had long been a prominent industry. However, over the years the economy has grown to rely on a more diverse base of industries, which eliminated the need for widespread fishing practices. As a result, Gouqi island—a community of mostly fishermen—is now abandoned and has been overtaken by a green wall of moss, leaves and thick vines. The village has been transformed into a masterpiece of climbing abandoned buildings shrouded by nature and nestled into the coast. 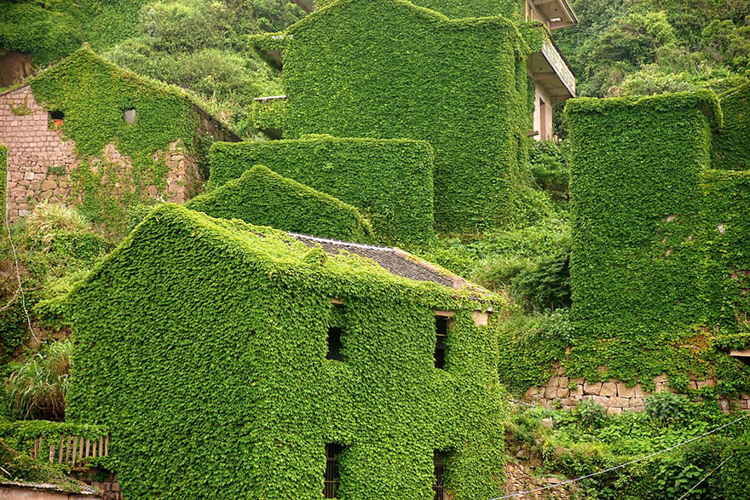