With the wingspan of a Boeing 747 but weighing only as much as an SUV, the Solar Impulse 2 glides past the Golden Gate Bridge into San Francisco marking an incredible achievement. The experimental plane continues its flight around the world without using a single drop of fuel to prove that clean technologies do exist and are capable of doing more than we thought possible.

The two Swiss pilots, Bertrand Piccard and Andre Borschberg, have been taking turns flying the plane solo since they departed for their around-the-world trip from the United Arab Emirates in March 2015. Since taking off, the pair has flown to Oman, Myanmar, China, Japan and Hawaii. Because the solar aircraft travels at approximately the same speed as a car, the trip between Hawaii and California took over 62 hours to finish.

Before this solar airplane, nobody was able to fly for the whole day and night. The initial research made it clear that the plane had to be bigger than a 747 but as light as a car. Aviation would prove to be the most challenging obstacle, but with help from different fields like chemical companies, who introduced new materials, a solution was reached in which a solid but extremely light airplane was produced. With the goal of making it around the globe on solar energy alone, the energy has to be collected from the sun everyday to use in the electric motors. The energy is then stored in batteries to make night flying possible as well. These features make the first airplane capable of flying almost eternally.

“It is very important to have an open mind, to put aside the barriers we create ourselves. If you believe there is a way, the solution will be at the end of the road. So it is a question of attitude and perseverance,” says Piccard. 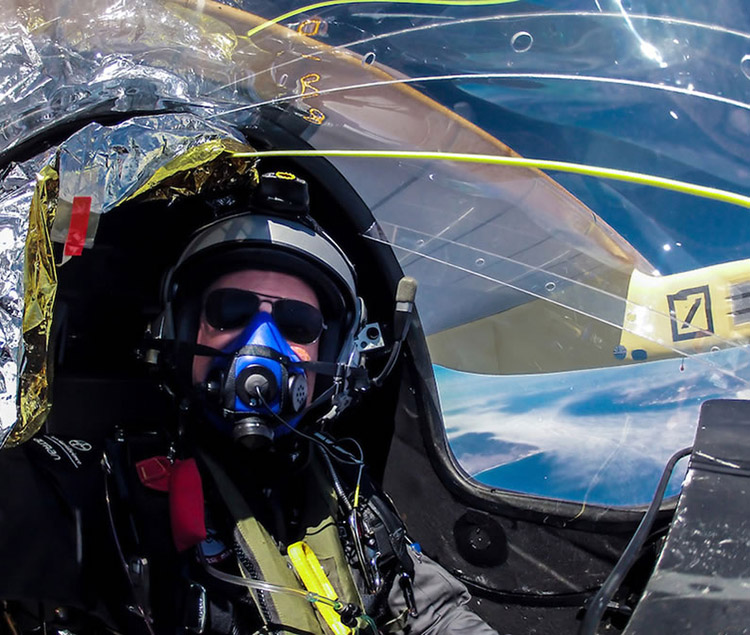 The pilots plan to return to the Middle East by the end of the summer, completing a 27,000-mile journey around the world. The project, which is estimated to cost nearly $100 million, started in 2002 by Piccard and Borschberg to demonstrate the importance of renewable energy and the essence of innovation. However, Piccard says he’s been working towards his dream for much longer – for the last 17 years until flight was accomplished and the reliability of renewable clean technologies was proven.